Malaria is an illness which you may catch when visiting tropical areas of the world. It is caused by type of parasite which is carried in certain breeds of mosquito. Although it is generally not too dangerous, if left untreated it can be life-threatening. There is no widely available vaccine against malaria, and there is no method of prevention that is 100% effective. If you are going to a country which is high-risk for malaria (you can check this on the Fit For Travel website) you should take preventative measures both before you go and whilst you're there.

You should use a two pronged approach to protect yourself: both taking antimalarials, and using anti-insect sprays, mosquito nets, and making sure all windows and doors shut at nighttime when you are there. Your doctor will be able to advise you on the best anti-malaria tablets to take based on where you are travelling to. When she know what you are looking for you can buy these tablets online. You should begin treatment in a few days before you go away and not finish it until you have been back for a few days.

Below are some common medicines often used to treat malaria. Please note, this is not an exhaustive list and other non-medical methods may be more suitable. If you would like to learn more about these options, then please click here. Before receiving medication you must answer a number of questions to asses your suitability. All questions are reviewed by a GMC registered doctor before a final decision is made. All medication is dispensed via a full regulated and registered UK pharmacy. All prices displayed on our site include the price of the medication and our doctors consultation fee. 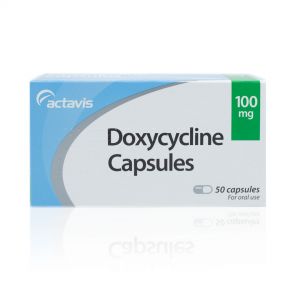 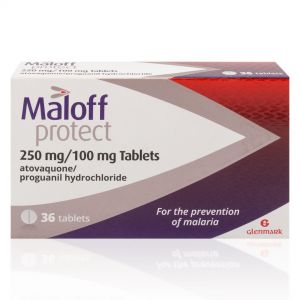 "Although malaria is an illness which has been eradicated in the UK, it is still a life-threatening problem in countries such as Africa and south-east Asia. In these countries you can be exposed to malaria if you are bitten by a mosquito which carries the parasite. The first signs of malaria are much like that of a fever, but can develop far faster. In some cases malaria can be fatal. You should take anti-malarial tablets before, during, and after you are holidaying in a high-risk area. You should also take extra preventative measures like using a mosquito net."

Malaria is a disease which is widespread across tropical and subtropical areas of the world. Although it can be treatable, if not caught early enough it can be fatal, especially in the very young and the elderly. If you know you are going to be in a high risk area for a holiday or other reasons, you should research the risk and symptoms before going, and be as prepared and protected as possible.

You may not experience the initial symptoms of malaria right after you have been bitten, and there is usually an incubation period of 7-18 days. However, in some cases this can be longer, and you can begin to see the symptoms of malaria even a year after returning from your trip. As the initial symptoms are somewhat vague and innocuous, it is best to go to a doctor to be on the safe side, and make your doctor aware that you have been to a high risk area of malaria recently. If it cannot be prevented, early diagnosis is the best way to stay safe from malaria. Symptoms include:

The fever generally occurs in 48 to 72 hour cycles of chills, fever and sweating, and can progress quickly. A new cycle will begin each time the blood cells contain the parasite burst. There are several types of malaria, and the treatment you are given will depend upon the strain you are suffering from. This will be identified with a blood test.

In some instances, malaria can quickly progress to what is known as severe malaria, or complicated malaria. This is more likely if you have been infected with Plasmodium Falciparum. These complications can affect your brain, kidney, blood and lungs, and it is at this stage that it becomes a medical emergency. Complications can begin within hours or days of the first symptoms showing. These include:

Complications with malaria are most likely to arise among the most vulnerable groups:

If you suffer from malaria whilst you are pregnant, there could be additional complications for yourself and the baby. These include:

Because if these reasons, you should avoid traveling to high risk areas whilst you are pregnant.

How do you catch malaria?

Malaria is spread by mosquitoes, although it can only be carried by the females of the species. When a mosquito bites someone who is suffering from malaria, it sucks up a bit of their blood which is infected. When the insect goes on to bite someone else, the infected blood is passed into their bloodstream. The parasites in your blood then travel to your liver. This is where they multiply, and then the parasite will invade your red blood cells - the ones that carry oxygen around your body. The parasites get inside these blood cells lay eggs, and multiply until the blood cell bursts. When the blood cells burst, you get a round of illness: chills, fever and sweating, each lasting 6-12 hours.

The parasites which make up malaria are known as Plasmodium, and there are five types. It is important your doctor identifies which type is attacking you, as some are immune to certain medicines. Informing your doctor whereabouts you have traveled to can assist in this, as some only exist in certain regions.

A brief overview of the five types of Plasmodium:

Where is a high risk area for malaria?

There are no hard and fast rules of where is and isn’t safe from malaria. As a general rule, sub-Saharan Africa, South America and Asia are the areas with the highest risk, but you should check the Fit For Travel website before traveling to make sure you are fully informed of the risks.

If you are from an area of the world where the risk of malaria is high, you may develop a partial immunity over the time you live there. However, if you live away from the country for several years and then return to see family or friends, you should take all precautions possible when you return as your immunity will have faded. It is worth noting that no one is fully immune to malaria and you should take a multi pronged approach when protecting yourself. There is also no widely used vaccine available yet against malaria, so you need to do your research before traveling and be very cautious.

How to avoid getting malaria

The safest and most reliable way to avoid getting malaria is to not go to any countries that are high risk for the illness. This advice should be heeded especially if you suffer from HIV or AIDs, are pregnant, or are traveling with babies or children under 5, or someone who is elderly. These are the demographics who are at most risk if they should be infected with malaria.

However, there are other prevention methods should you choose to go. It is recommended you use both a medicine (called an anti malarial) as well as using a physical barrier such as sleeping under a mosquito net, and an anti-mosquito spray in the evenings to keep the insects away. Most anti-malarials are no more than 90% effective. Also, as the type of mosquitos which carry malaria only tend to be out at dusk and night time, you should make sure you close all doors and windows to your sleeping area very firmly before dusk for maximum protection. If you inform your doctor where you are traveling to, they will be able to advise you on the best anti-malarial for you to take.

There is not yet a widely used vaccine against malaria, but one has been used in Africa on children which seems to prevent attacks from the most dangerous strain of malaria, Plasmodium Falciparum. This is still relatively new and has not be issued for general use yet.

How to treat malaria

If you get ill whilst you are away or after you come back from a holiday in a high risk area, contact your doctor immediately even if you believe it to only be a traditional fever. They will run some blood tests to determine which strain of malaria you are suffering from, and prescribe you the relevant medication. If your blood tests come back negative for malaria, you may still be required to stay in hospital for a few days and have more blood tests to be doubly sure.

Although there are now many drugs to fight malaria, one of the oldest and best known is still in use: Quinine. You might know Quinine for its use in tonic water, although you’d have to drink a lot of tonic to clear malaria, as the content is now relatively low. However, the first tonic water was made to be drunk as an anti-malarial. It was so bitter it was almost unpalatable, so gin was added so people could be persuaded to drink it. If it weren’t for malaria, we wouldn’t have the humble gin and tonic.

What anti-malarials are available?

You can buy three kinds of anti-malarials from Doctor-4-U: Lariam, Doxycycline and Malarone. Your doctor will specify a programme of medicine for you to take which you should stick to. This may include taking some tablets even after you have left the country, and you should stick to this programme very closely to ensure maximum effectiveness.

Some of the medications which can be used as preventative anti-malarial can also be used as a way to cure malaria. If you have been taking one type of tablet as a preventative, for example Lariam, and you have caught malaria regardless, it could be because the strain you have caught is resistant to the effects of Lariam. You should make your doctor aware that you took Lariam to try to prevent the illness, as this may affect the type of medication they give your to cure it. Even when you finish a course of medication, keep the box and patient information leaflet so you don’t forget what you took - remember that malaria symptoms can flare up a year or more later and this information will be just as important then.

Bear in mind that tablets will only reduce your risk of catching malaria by 90% - whilst this may seem like a lot, you should be very careful and take extra preventative steps to avoid catching malaria, such as using an insect spray, keeping windows closed from dusk onwards, and sleeping under a mosquito net where possible.