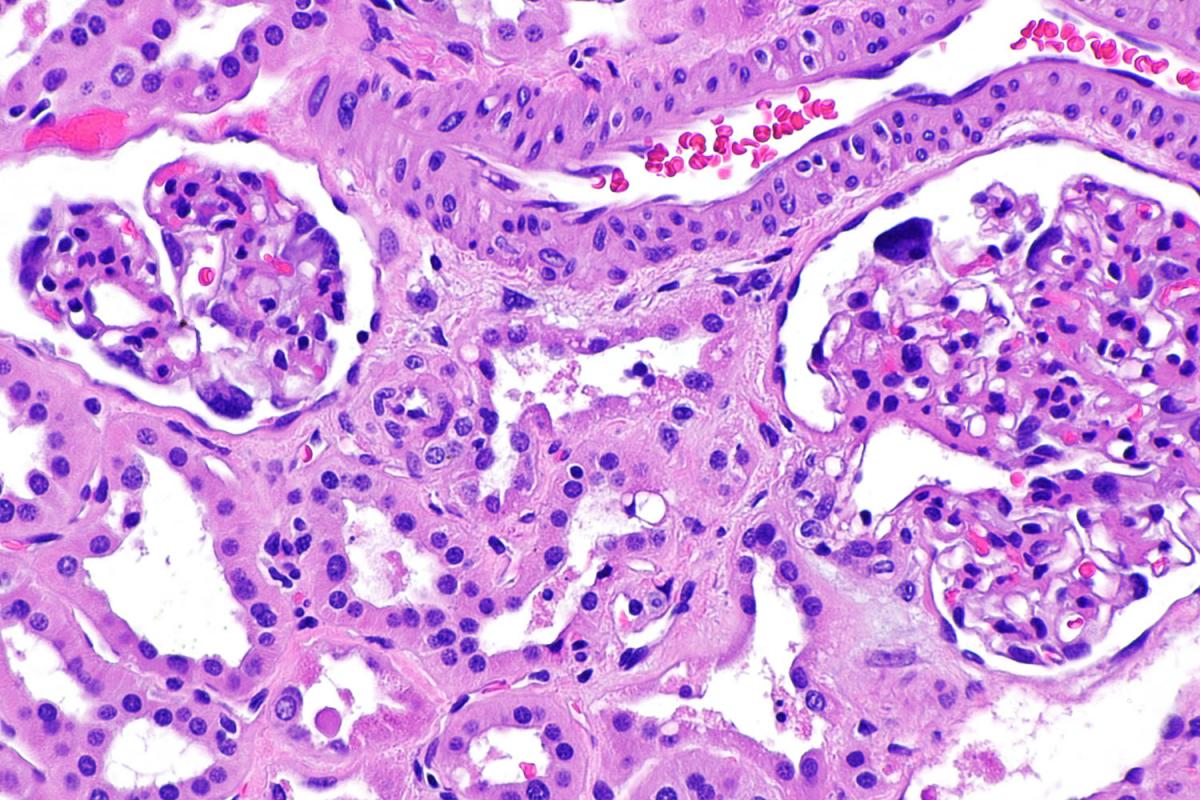 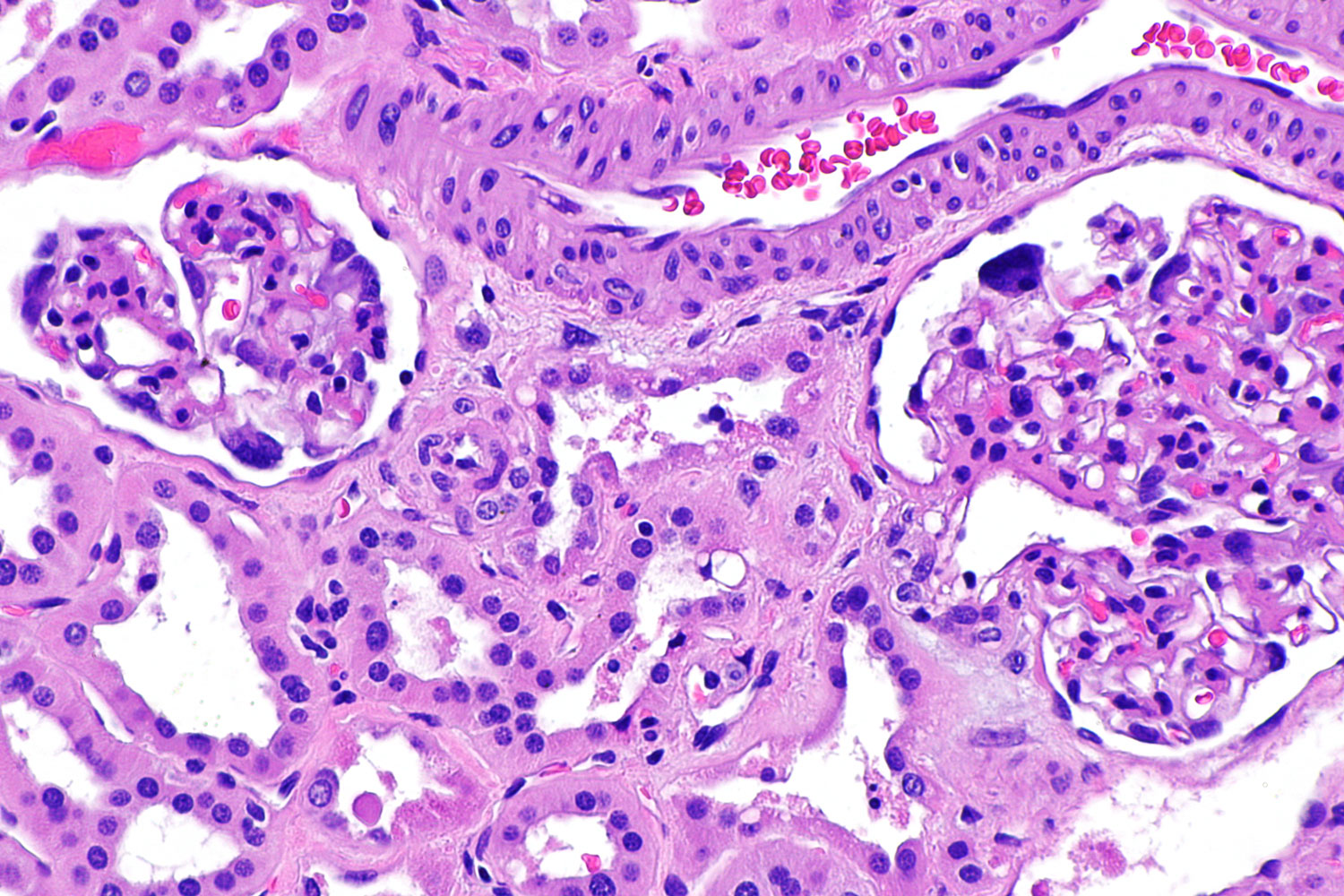 You’d be forgiven if you’ve never heard of cystinosis. The condition is so rare that only 2000 people worldwide are diagnosed with it, with only 2 or 3 new cases each year in the UK.

Cystinosis is a genetic metabolic disease where the body is unable to get rid of excess amino acid, cysteine. This acid then starts to build up in the body and crystalise, causing a host of complications and problems.

Cystinosis mostly affects the kidneys, but also is also known to cause issues with the eyes, liver, muscles, pancreas, brain and white blood cells due to the build-up of cystine and the symptoms it can cause.

Most people with cystinosis are diagnosed at a very young age, often before their second birthday, which means they’re most likely to suffer from the most common type of the rare disease; infantile nephropathic cystinosis.

As mentioned above, cystinosis is a genetic disorder. For a child to develop cystinosis, both parents must carry a recessive gene. It’s unlikely that either parent will know if they’re a carrier of the gene or not, as they won’t suffer from complications unless they two copies of the gene – one from each parent.

If both parents do carry the gene that causes cystinosis, each time they have a baby, there is a 25% chance that their child will be affected and inherit a copy of each recessive gene from the mother and father. 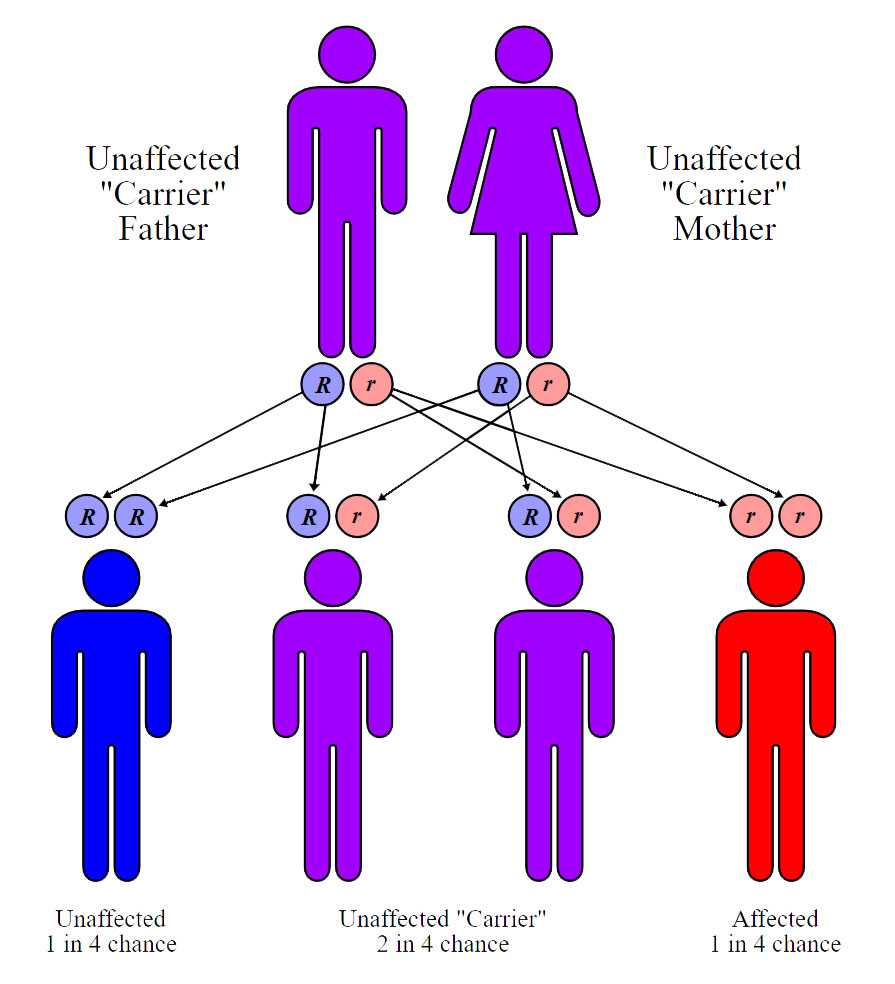 What are the symptoms of cystinosis?

Parents of a child with cystinosis might notice the following symptoms:

You may not notice all of the above symptoms in your child, as it depends on how far advanced the condition is, but children with cystinosis generally tend to develop physically at around 60% the expected rate, appearing noticeably smaller than other children their age. However, there’s no evidence to suggest that cystinosis affects cognitive development.

Cystinosis can also cause another condition; Renal Fanconi Syndrome. This affects the kidneys, and children can often end up with kidney failure and in need of a transplant by their 10th birthday.

Can cystinosis be cured?

Unfortunately not. There’s currently no cure for cystinosis, but medications are available to treat the condition and the symptoms it can bring.

Cysteamine has been available since the 1990s and is effective at delaying or even preventing kidney failure if the child is diagnosed early enough. This medicine has to be taken for life, and it helps to remove the build-up of cystine in the body. It’s also available as eye drops to dissolve the crystals that can form in the cornea

Kat is the mother of 3-and-a-half-year-old twins, Ellie and Molly. Ellie was diagnosed with cystinosis from an early age due to Kat’s careful observation of the twins’ development. Kat has kindly agreed to an interview with Doctor4U to share their story and raise awareness for cystinosis. 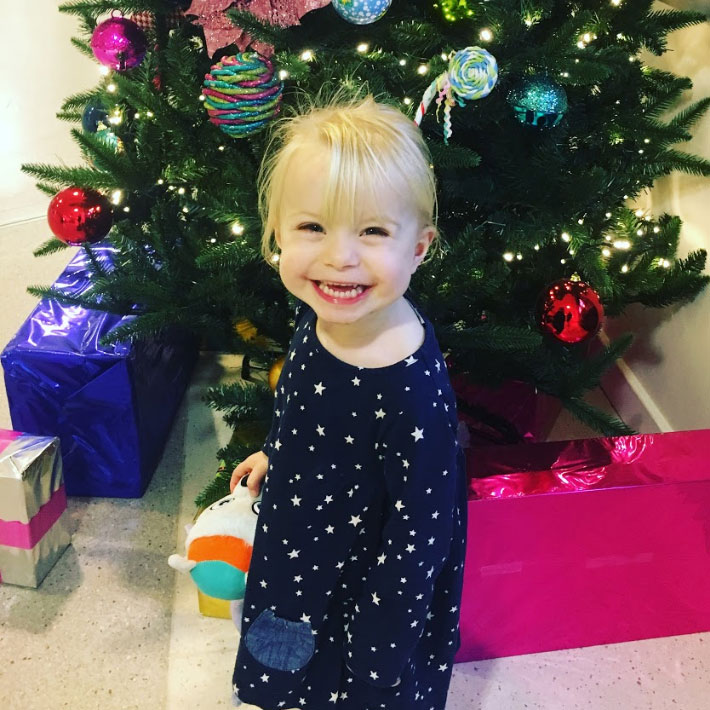 3 and a half-year-old Ellie, who suffers from Cystinosis

When did you first realise that the twins were growing at different rates? What did you think the explanation would be at first?

At 6 months I noticed they were growing at different rates. Molly was ready to move onto the next size clothes where #as Ellie wasn’t quite there and as I always bought exactly the same clothes for them to wear it became evident that they were growing differently. I remember taking a picture of them both from behind and even captioned it Big Sister and Little Sister. I wasn’t concerned though. As non-identical twins, I just thought it was like any other brother or sister who maybe wasn’t as tall as the other. 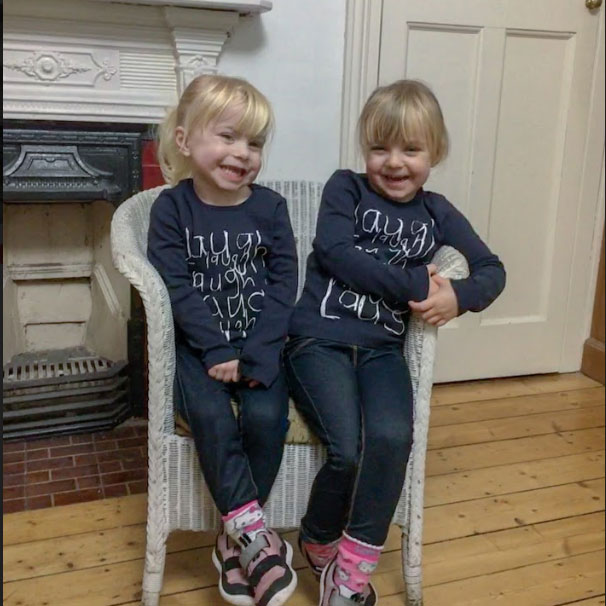 Ellie with her twin sister, Molly

What were the symptoms you first noticed?

Ellie was drinking a lot of water. She was more interested in water rather than food when weaning. Even in the bath she would drink the water from the bath sponge rather than playing.

Had you heard of Cystinosis before Ellie was diagnosed with the condition? If so, how did you find out about it?

I’d never heard of Cystinosis. I remember being in the hospital the first time with Ellie and having no idea what was going on but googled the symptoms that the doctor had pointed out. Protein and glucose in the urine, wanting to drink a lot of water, failure to thrive (not growing) and a website for Cystinosis came back in the search results. I remember thinking the little girl pictured looked just like Ellie and I started to panic. But then I remember seeing that there were only 2000 people in the world with the condition and gave myself a good talking to that, no, Ellie hasn’t got this, it’s too rare.

What were your initial questions to the doctor during the diagnosis period?

I received the diagnosis by phone call. I was in the middle of serving the twins’ dinner when the doctor rang me with the results.

No there is no cure

How does the medication help Ellie? What differences have you noticed since she started taking it?

Ellie’s kidneys need all the essential minerals and nutrients that she needs to grow so since diagnosis she takes supplements of whatever she is losing to keep her electrolyte balance correct. She now is growing and gaining weight albeit much slower than other children. Without these supplements, she becomes very very poorly very quickly. Another medicine she takes has to be taken every 6 hours, day and night so both I and Ellie never get a full night’s uninterrupted sleep. She currently has this medicine 1:30 am, 7:30 am, 1:30 pm, and 7:30 pm. This medicine helps to dissolve the crystals growing in her organs and therefore slows the progression of the disease. The drug stops working after 6 hours which is why it has to be re-administered without fail every 6 hours.

Other than the cystinosis, how are Ellie's health and development compared to Molly’s?

Developmentally she is growing at the same rate as her sister. They both attend nursery 3 hours a day 5 days a week and she loves it. However, just as Molly picks up viruses, when Ellie picks up the same virus it knocks her harder than Molly and often takes her longer to recover. 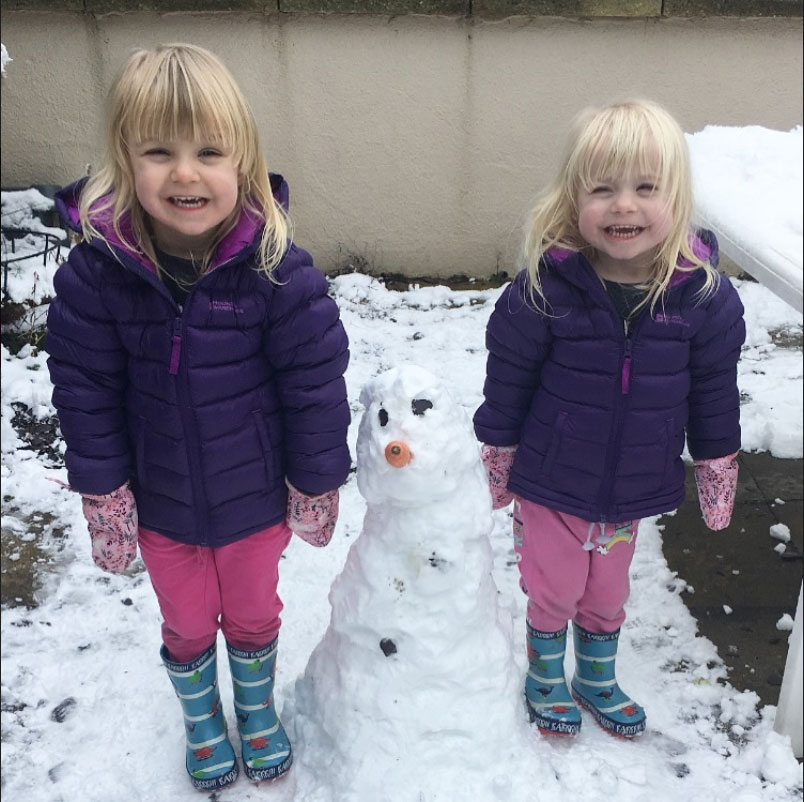 How does the cystinosis diagnosis affect you and your extended family?

Cystinosis has changed our lives completely. Everything has to be planned. Taking meds with us everywhere. Making sure we can give meds at particular times during the day regardless of where she is. More often than not that means I stay at home when the meds are due and can’t just pop out on a whim like other families may be able to. There is a constant worry for her further and when the next time a virus will knock her off her feet. Because of the gruelling med schedule, it’s not possible for Ellie to have sleepovers like other children may do, not even with her grandparents as they don’t know how to give the meds.

Have you got any concerns for when the twins start school?

I worry that Ellie will be viewed as ‘different’ due to her med schedule that I will need to train the school to do. I worry that due to the number of appointments she has and virus’ she may miss too much school and fall behind.

This year is full of hope for the Cystinosis community. A charity in America has recently announced that they have been given the approval to start human clinical trials for stem cell therapy as a cure for Cystinosis. They have used the stem cell therapy in mice including trials which has been successful and are now moving to test on adults with Cystinosis. The research is so so promising- it really gives hope.

What are your main hopes and concerns for the future?

I am hopeful about Ellie’s future. She was diagnosed very early and has responded incredibly well to the treatment she is given every day and night. If the stem cell therapy is successful then potentially there could be a cure available before Ellie turns 20 and maybe even before she needs a kidney transplant. This is one of my concerns that myself or close family may not be a match for Ellie when that time comes that she does need a new kidney.

I am also worried about compliance. The treatment Ellie has is to keep her as well as possible for as long as possible but that is only possible if she continues to take the meds on time and regularly. At the moment as a parent of a young child, I take control of that but as she turns to become a teenager I need Ellie to understand the importance of her meds and to continue to take them properly without fail when she is responsible for taking them.

For more information about Cystinosis, please visit the charity, Cystinosis Foundation UK who will be able to point you in the direction of help, advice, and resources.