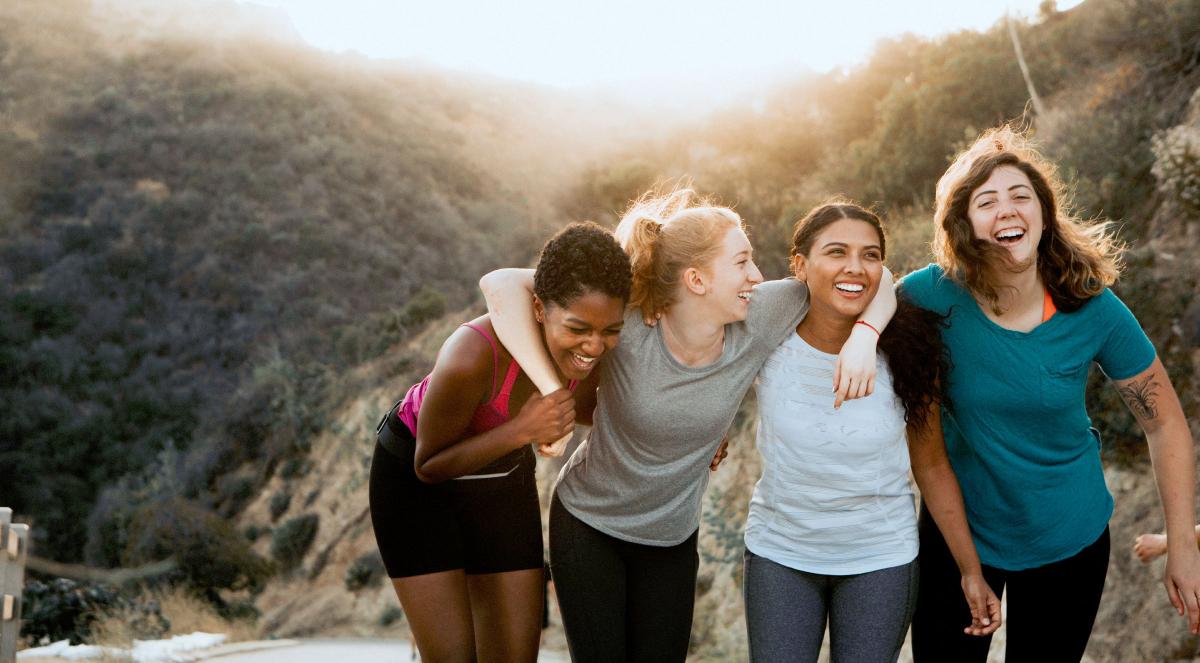 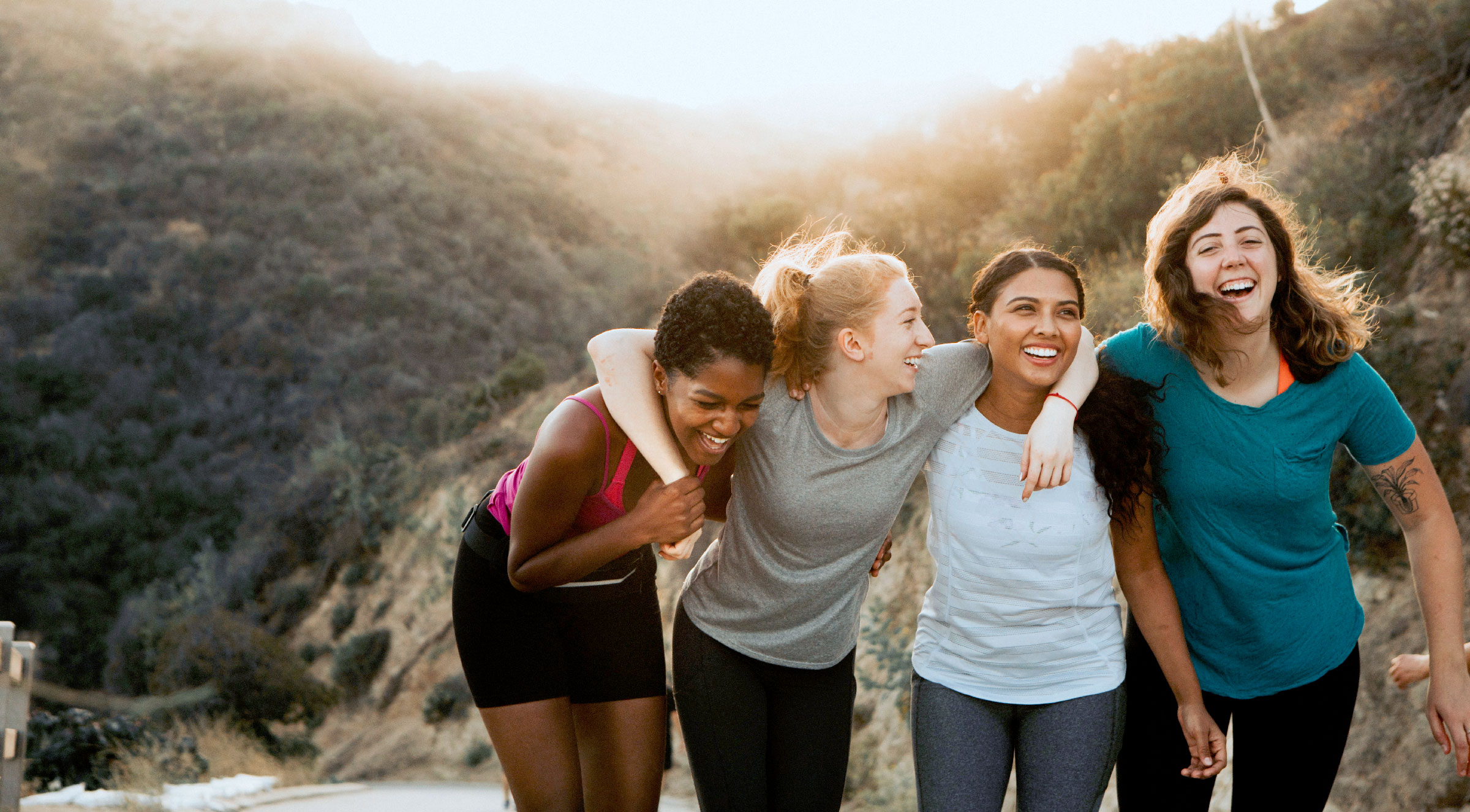 This international women’s day, we wanted to focus on women's choices when it comes to reproduction. The female reproductive system is often a topic of discussion, and usually, it's controversial. Even in the 21st century, there are politicians and religious institutes that believe a woman's body isn't her choice.

There are still some places in the world where women can't access emergency contraception - something that we take for granted in the UK. So, for International Women's Day 2019, we're going to look at some facts and statistics about the morning after pill.

What is Emergency Contraception?

Emergency contraception (EC) is a type of birth control that is taken as soon as possible after unprotected sex to prevent pregnancy. There are currently two types of EC medications available in the UK; levonorgestrel (Levonelle) and ulipristal acetate (ellaOne). Neither medication will protect against STIs.

Whilst emergency contraception is commonly called the “morning-after pill”, the window of opportunity for taking them effectively is longer than a few hours.

The history of emergency contraception

Emergency contraception has been around in some form or other since the 1960s, but the morning after pill as we know it has only been around since the late 90s.

In 1975, the non-hormonal copper IUD was studied for its effectiveness at preventing pregnancy after unprotected sex.

At the turn of the millennium, scientists had realised that a progesterone-only one-dose pill was generally the safest and best option for most women out there, and Levonelle became the first morning-after pill available in the UK in 2001 (yes, that's right, Britney Spears' "Baby One More Time" hit UK shores before emergency contraception).  Levonelle is still available today and can be taken up to 72 hours after unprotected sex to prevent unwanted pregnancy, alongside the newer pill, ellaOne.ellaOne gives you a longer time-frame, with it being effective at preventing pregnancy for up to 5 days after unprotected sex.

in 2015, the EU decided that both Levonelle and ellaOne should be freely available for women across the UK, allowing those that needed it to obtain it from pharmacies, brook clinics, and GP surgeries across the country.

With the advent of technology, emergency contraception is even available to buy online, though it's best to do this in advance. Out of curiosity, we decided to have a look at the search trends for "morning-after pill" on google... 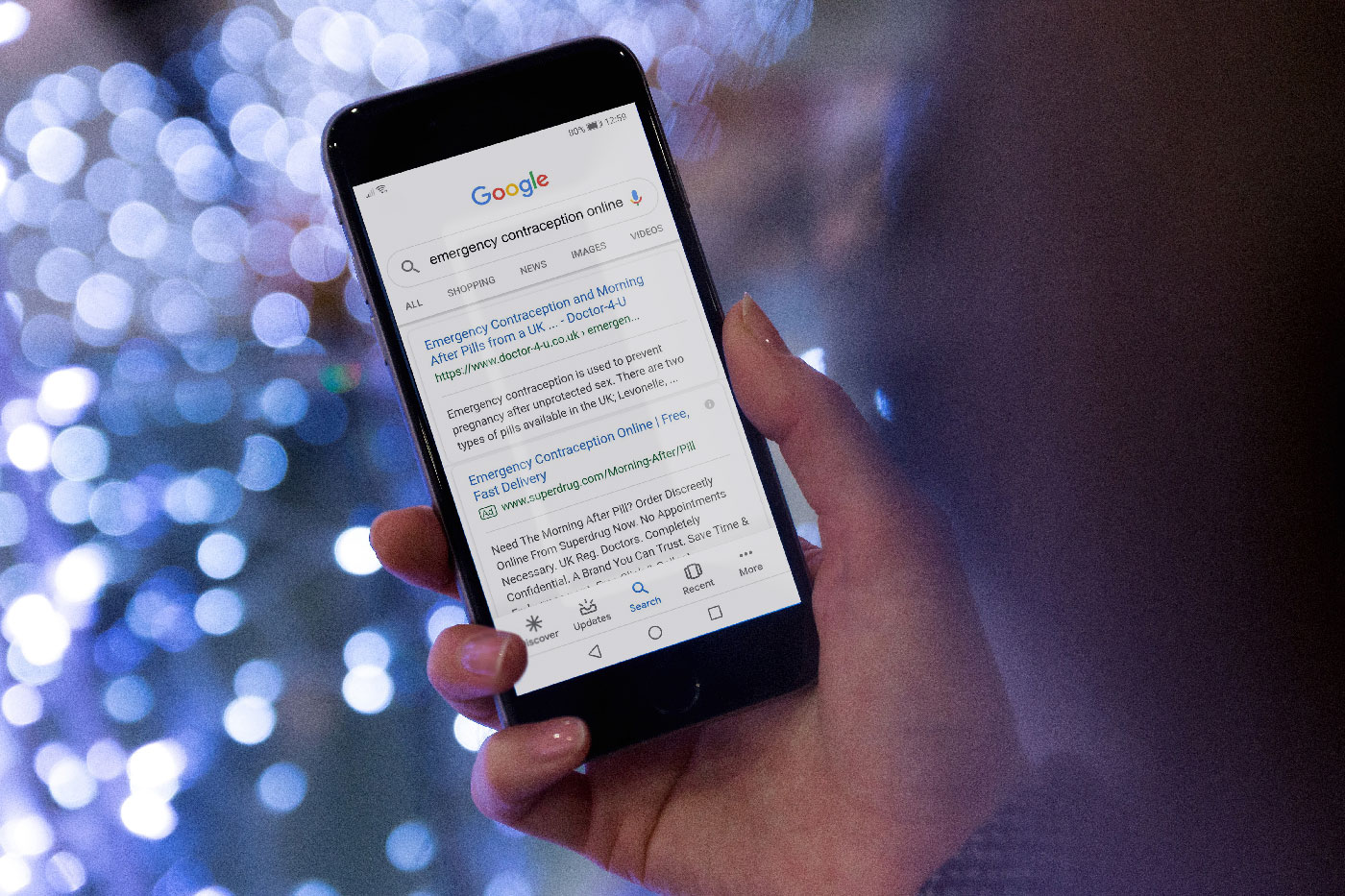 Stats and facts about the morning after pill searches

We’ve had a look at the search trends for emergency contraception, and the findings were pretty interesting.

First, we looked at the term "morning-after pill", and set the time frame for the last 7 days. This showed that searches peaked on Saturday 2nd March at 2 am, very closely followed by Sunday 3rd March at 4 am. Since Fridays and Saturdays are the most popular nights for going out across the UK, these findings weren't too surprising. Searches could be down to curiosity, but given the timings, we reckon that a fair few people had an "oops" moment... 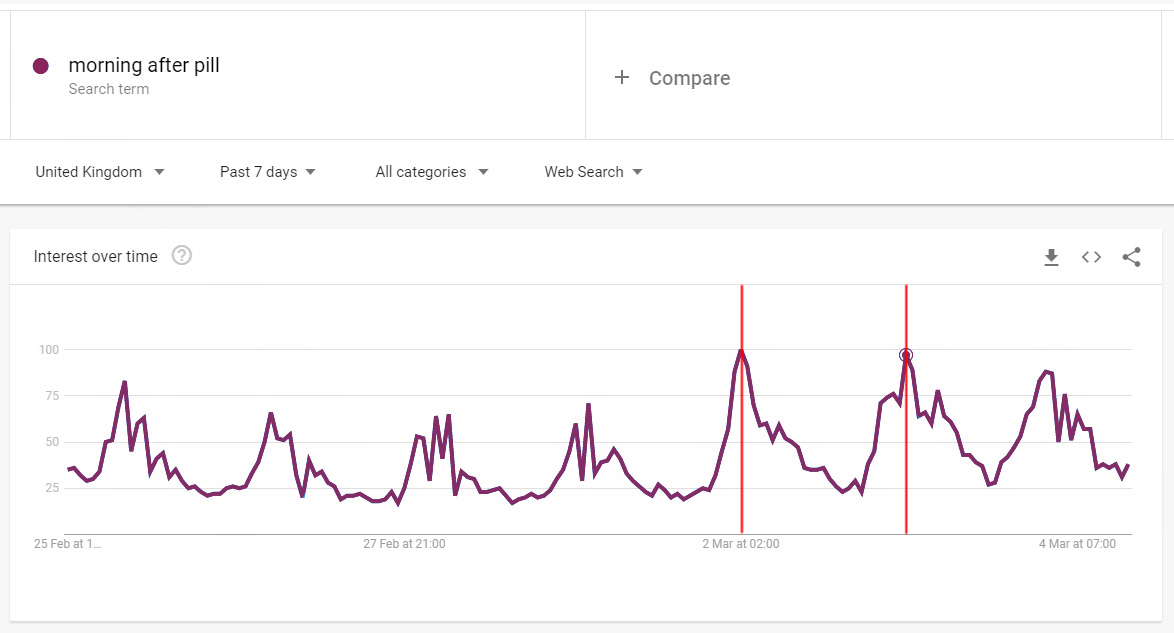 After looking at the past week, we thought it’d be interesting to compare search results over the last 3 months (well, the past 90 days). We’re going to be honest, we were expecting the searches to skyrocket around the 15th February (the day after Valentine's Day), but considering the date, people must have been pretty well-prepared, as searches weren't that high. However, January 1st took the top spot for search volume for emergency contraception. Thinking about it, we aren’t too surprised with it being the day after New Year’s Eve. It looks like a fair few people brought in 2019 with a bang… 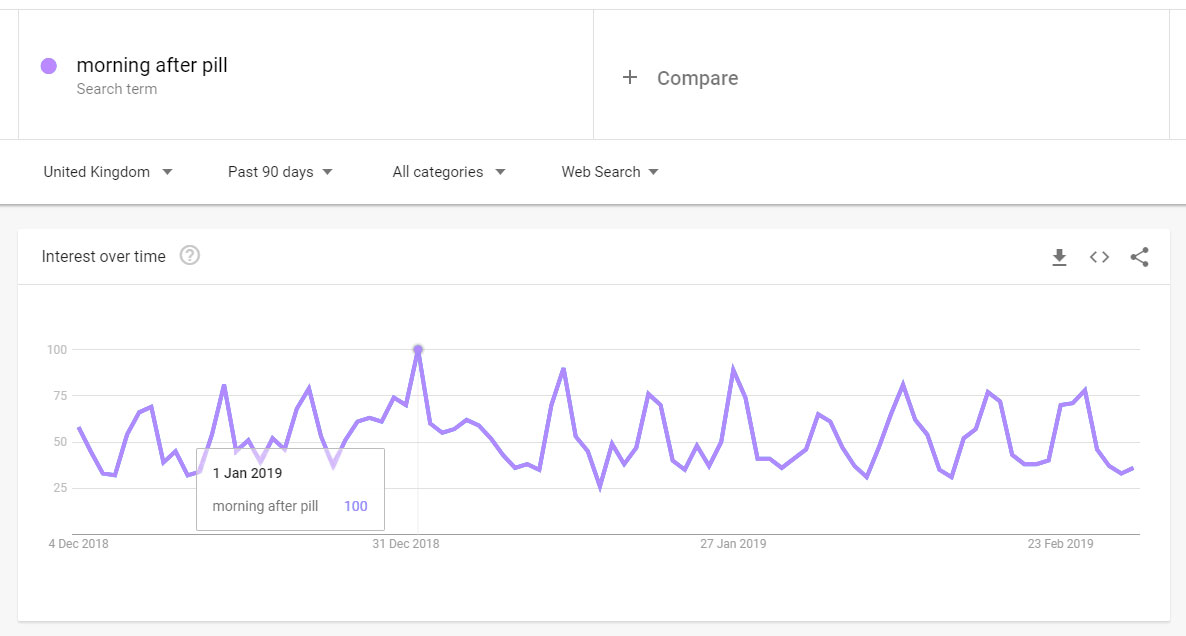 When we looked further into the data, we also found out some more interesting information. See all of those peaks? They consistently fall on Saturday and Sunday mornings, suggesting that most searches are happening after a night out. Coincidence?

Who searches most for emergency contraception?

We decided to use the searches from the last 12 months to find out which city in the UK was searching for the term "morning-after pill" the most. We narrowed it down to a list of the top 10: 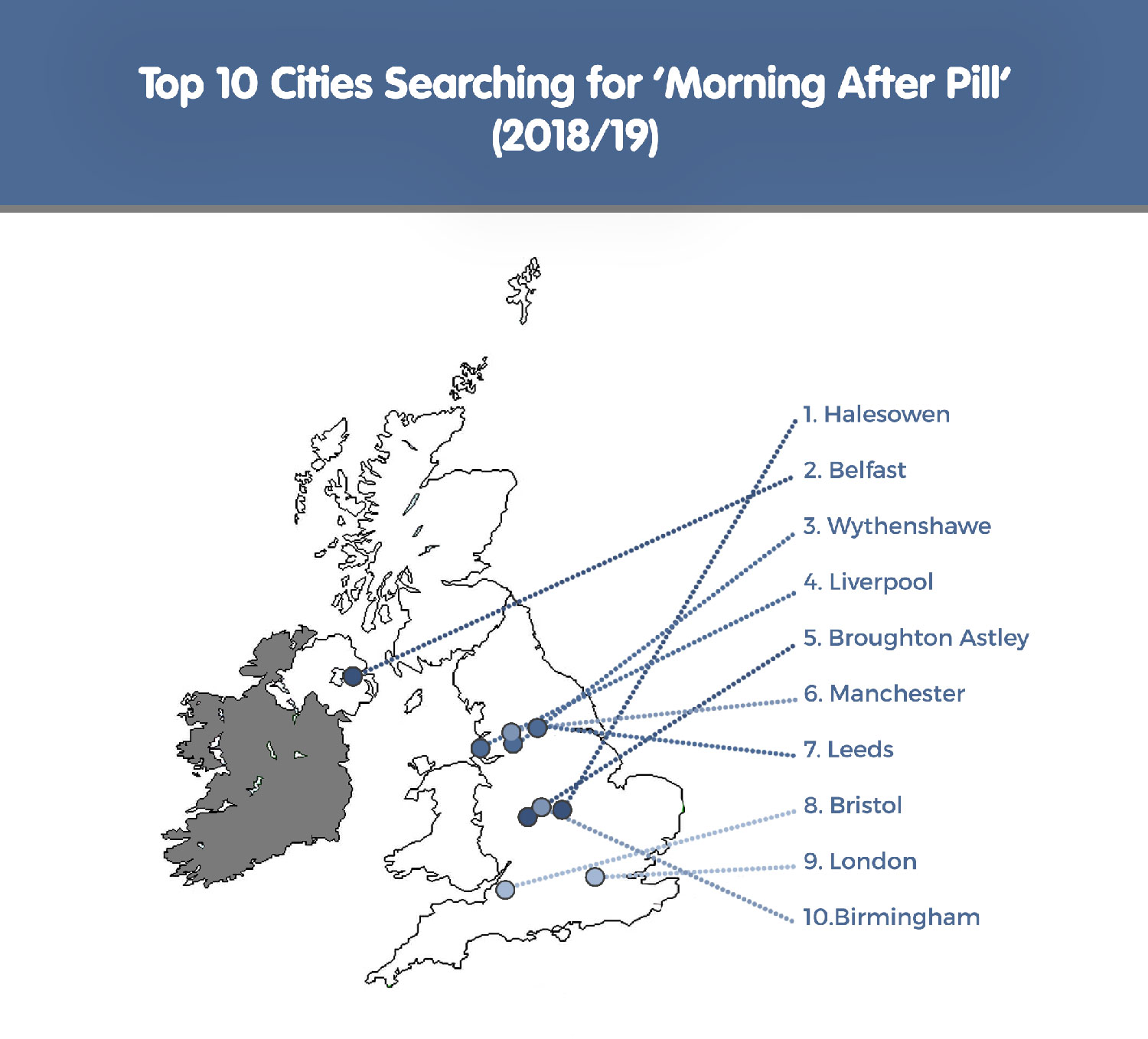 That’s right, despite its enormous population, London is in 9th place, with the west-midlands town, Halesowen taking the top spot. They were closely followed by Belfast in second place. This isn't overly surprising seeing that abortions are still a criminal offence in NI, possibly making Irish women a little more keen to make sure they prevent any unwanted pregnancies.

The story for the rest of the world

We almost take the morning after pill for granted in the UK. It’s so easily available that we don’t usually stop to think of a world where it wouldn’t be. After all, it’s your body and your choice, isn’t it?

Unfortunately, this isn’t the case for many women around the world, with emergency contraception not being available at all in 22 countries – including some in Europe.

A further 94 countries won’t supply the pill over the counter as we do in the UK, and another 22 countries will only offer it on prescription. This makes it difficult for women to access emergency contraception, something which comes as a shock in the 21st century. 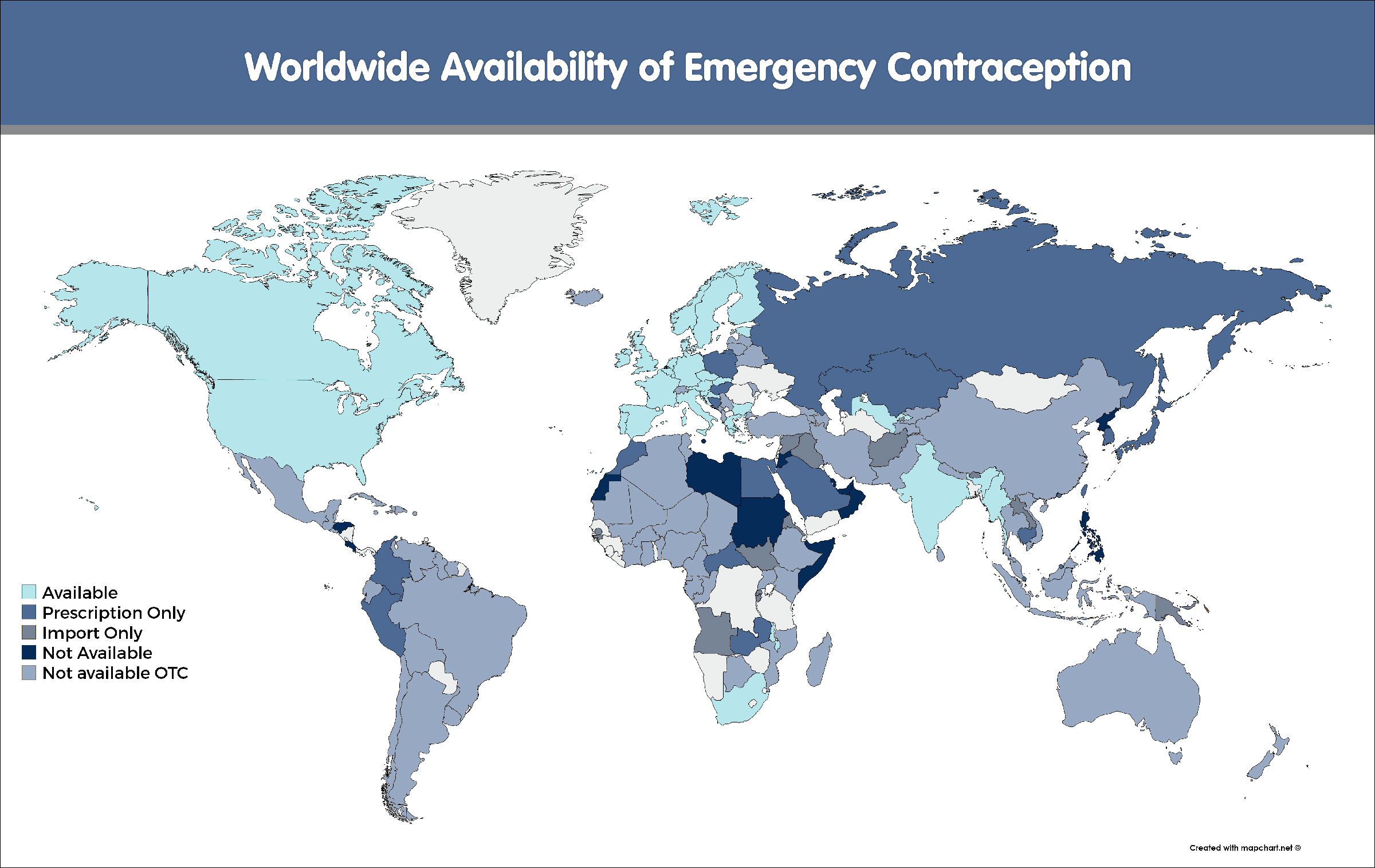 We decided to have a look at the availability of the morning-after pill worldwide, and some of the findings shocked us. In the UK, we're able to walk into a pharmacy, brook centre, contraception clinic, walk-in centres, GP surgeries, and even some A&E departments (but we only recommend the latter if you are desperate since there are SO many other options). As mentioned earlier, it's now possible to buy emergency contraception online in advance.

We don't often think about the women around the world that can't access emergency contraception as easily. For example, in Russia, women have to make an appointment with their GP to be prescribed the morning-after pill. For many women, this might be intimidating, and it could lead some girls to obtain the medication via dangerous methods, such as buying online through unregulated sources, though this risk is higher in countries such as Malta where the morning-after pill isn't available at all.

If you choose to use emergency contraception, there are a few important things to remember. It isn't intended to be used regularly, so barrier methods or just regular old birth control are probably better options for you if you find yourself needing the morning after pill fairly often.

It’s great that women in the UK can make their own choices about their bodies, and emergency contraception is an effective way of preventing unwanted pregnancies – however, it’s still important to use barrier methods such as condoms to prevent STIs as well as pregnancies. Emergency contraception is a saviour for some women, as no method of birth control is 100% effective apart from abstinence, and certain circumstances might require a woman to use it, but for sexually active women who aren’t wanting to get pregnant, daily oral contraceptives are a much safer option.

As we mentioned earlier, if you're ordering emergency contraception online, it should only be to keep for the future, especially if you're travelling to a country where it isn't easily available. We can't guarantee that the medication will be delivered in enough time for you to use it, so if you need EC now, please visit any local pharmacy, walk-in centre, or brook clinic to get it ASAP.

Listen to your body -  emergency contraception is a big dose of hormones, and you might feel a few side effects, including:

If you’re affected by any of these side effects, they should subside within a few days. However, if any are severe or you feel particularly unwell, speak to a doctor as soon as possible or ring NHS 111.