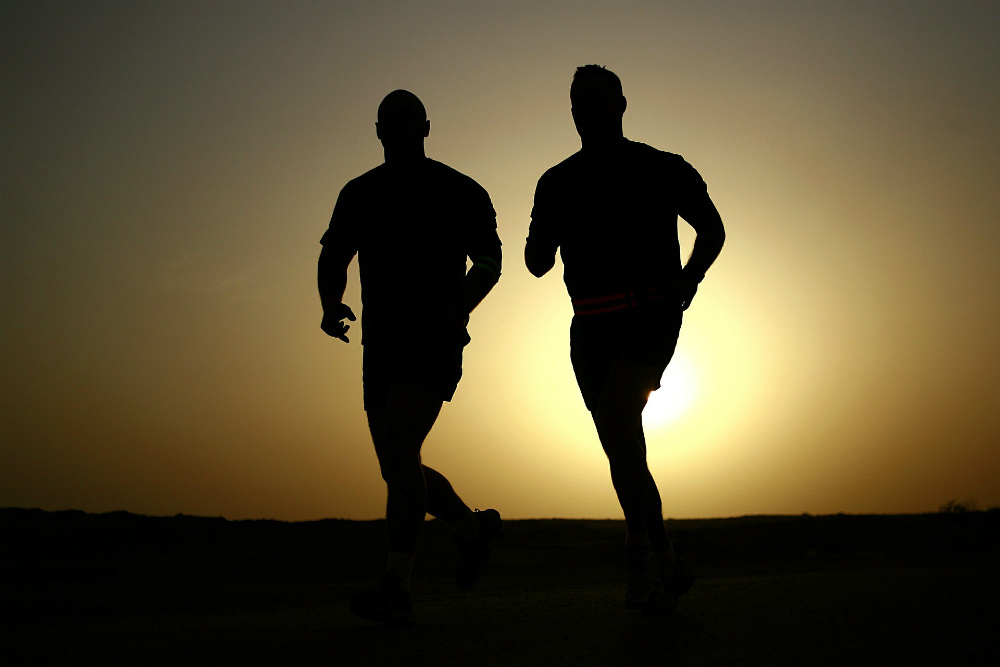 There are all sorts of conditions which could challenge a man’s health during their life, but certain issues are more common than others. For the best chance of experiencing a long and healthy life, it’s worthwhile for men to know what are the biggest dangers they’re most likely to encounter. Past research can provide clues as to what these biggest dangers are.

While some men may ultimately avoid most or even all of these common health issues, not everyone is so fortunate.

As it is currently International Men’s Health Week, various support groups are focusing attention on statistics which gives us an insight into what currently are the health issues most often hampering or even ending the lives of men. The Men’s Health Forum, which runs Men’s Health Week, reports that 1 man in 5 dies before the age of 65 and 2 men in 5 die before the age of 75. These figures could be reduced with more awareness on the health issues challenging men.

What health issues are most common for men?

The health issues which men are statistically most likely to face in life can be placed within three main categories: physical fitness, mental health and sexual wellness. Not all of the common health issues are life-threatening, but they all have a huge impact on men’s lives and can ultimately lead to the development of more dangerous conditions. 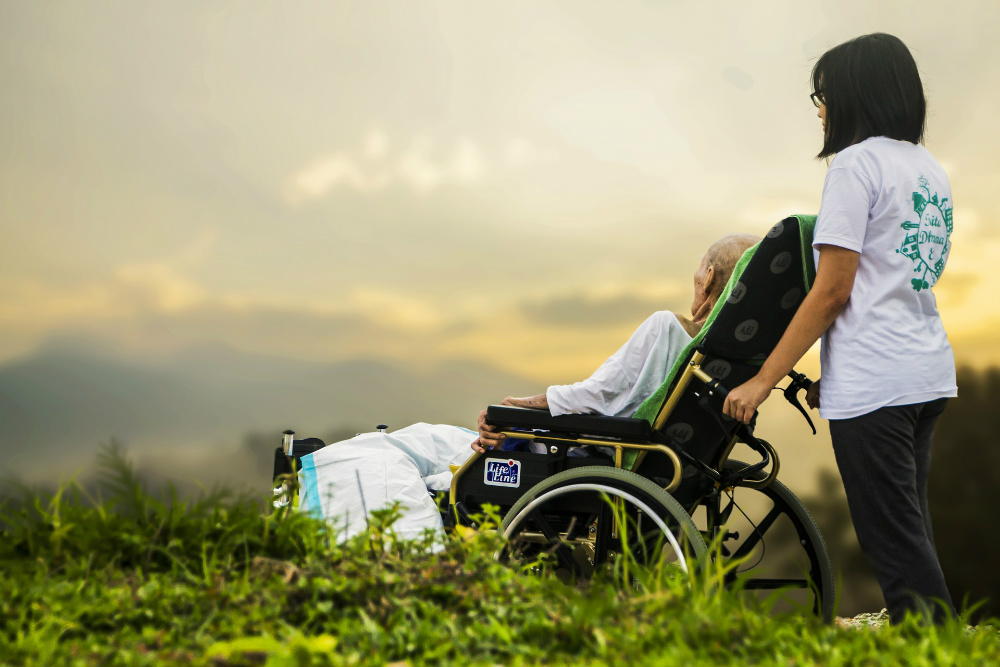 There are numerous types of cancer which men may face throughout their lives, the risk increases as men get older but family history and lifestyle are influencing factors too.

According to the World Cancer Research Fund, the most common forms of cancer which men experience are lung cancer, prostate cancer and colorectal cancer. These types of cancer are more likely to occur past the age of 40, but younger men can be affected by these or, perhaps more likely, other forms of the disease. Almost half of all testicular cancer cases occur in men aged between 20 and 34. 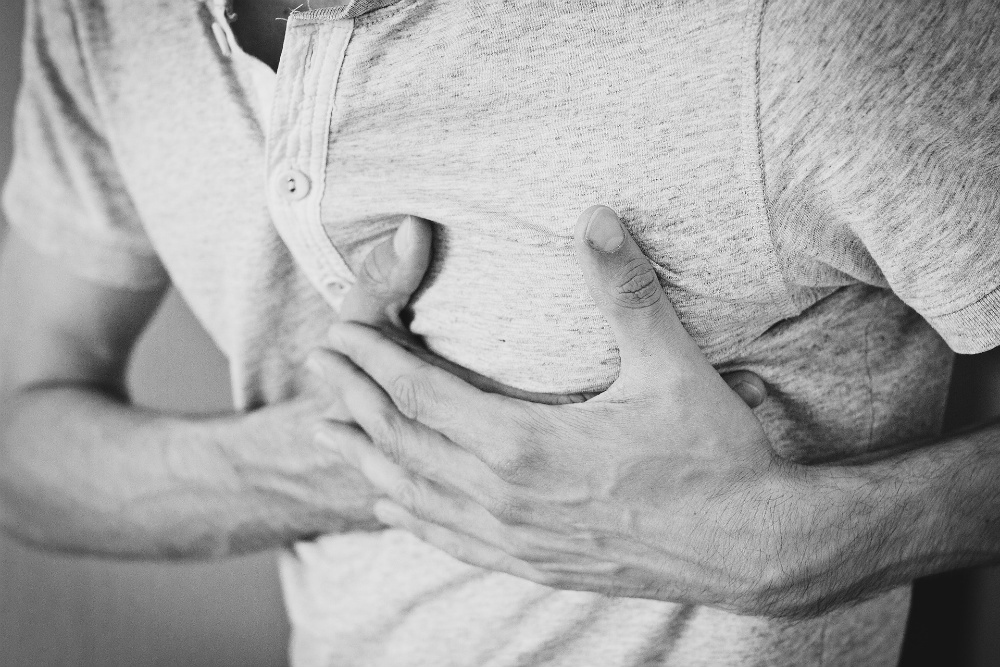 Men are more prone to heart diseases then women and it is one of the most common causes of death for this gender. “Heart disease” is often used interchangeably with the term “cardiovascular disease”. This typically refers to conditions that involve narrowed or blocked blood vessels which can lead to chest pain (angina), strokes and heart attacks. Other conditions, such as those that affect the heart’s muscle, valves or rhythm, are also considered forms of heart disease.

In the majority of cases, heart disease is avoidable and is caused by lifestyle decisions such as excessive eating, heavy alcohol intake, smoking or drug use. These lead to health issues such as obesity, high cholesterol, and high blood pressure which all increase the risk of experiencing a heart disease.

The Men’s Health Forum estimates that around one in ten men in the UK are affected by diabetes – a condition where a person’s blood sugar level is too high to be considered safe. While men can develop this issue naturally due to other health conditions, it can also be a consequence of problems caused by poor lifestyle choices, particularly obesity and an unhealthy diet. 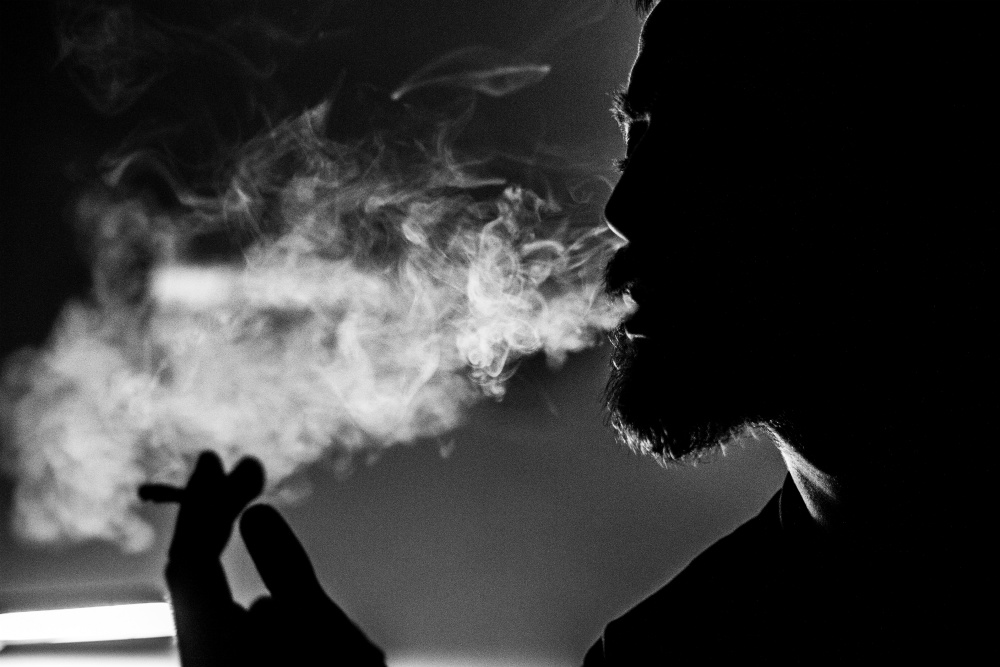 Chronic Obstructive Pulmonary Disease is the term used for a group of lung conditions which cause breathing difficulties. These conditions include emphysema, chronic bronchitis and refractory non-reversible asthma. It is a condition that affects many middle-aged or older men who smoke.

But a lot of men who have COPD don’t even realise they’ve got it. Failing to identify and act on the symptoms of COPD are a large part of why it’s one of the most common conditions that affect men nowadays. 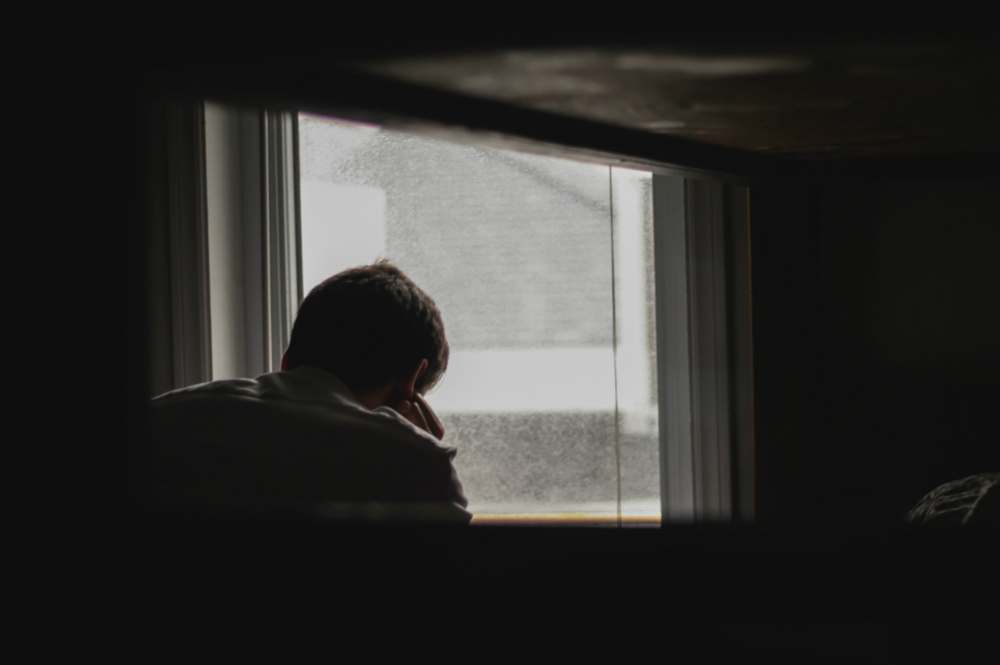 In regards mental health, depression and suicide are worryingly common amongst men in the UK alone. While past research has found that women are more likely to be diagnosed with a common mental health disorder and attempt suicide, men are far more likely to die due to suicide. In fact, suicide is the biggest killer of British men under the age of 45.

Over the last ten years or so, the topic of men’s mental health has become much more highlighted by health charities and celebrities keen to encourage more open discussion. However, men are still thought to be very much underdiagnosed when it comes to anxiety and depression. As difficult as it can be for people with such a complex illness, opening up to family and/or professional help is often a key first step to overcoming it.

The attention-deficit hyperactive disorder is one of the most common mental disorders diagnosed in children, but it can affect young and older adult men too. The Child Mind Institute reports that the issue is underdiagnosed in young men and is probably more common than you think.

Symptoms of ADHD can include difficulty concentrating, disorganisation, forgetfulness, impulsivity, trouble managing emotions and hyperactivity. Speaking to your GP for advice is the best way to get a proper diagnosis if you believe you or your child may have ADHD.

Sexually Transmitted Infections and Diseases (STIs and STDs) affect many men in their twenties, especially if they have multiple partners during that period of their life. The most common STIs in the UK include chlamydia, herpes, gonorrhoea and syphilis. There are many other STIs out there which are caught due to unprotected sex and some can eventually create life-threatening symptoms if not dealt with properly. 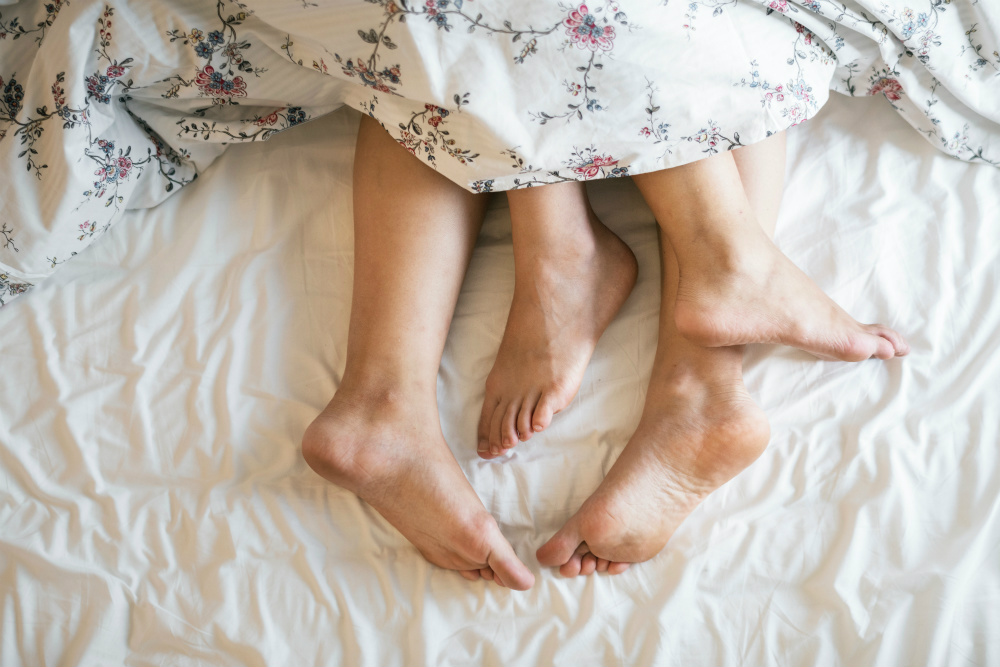 Various physical, interpersonal, social and psychological factors have an effect on a man’s sexual health. It’s estimated by various sources that 1 in 10 men experience problems related to sex and either premature ejaculation or erectile dysfunction is often the issue. Part of the reason these issues are common and there’s trouble dealing with them is that many men feel too embarrassed to discuss such troubles with others.

The most important health screenings for men 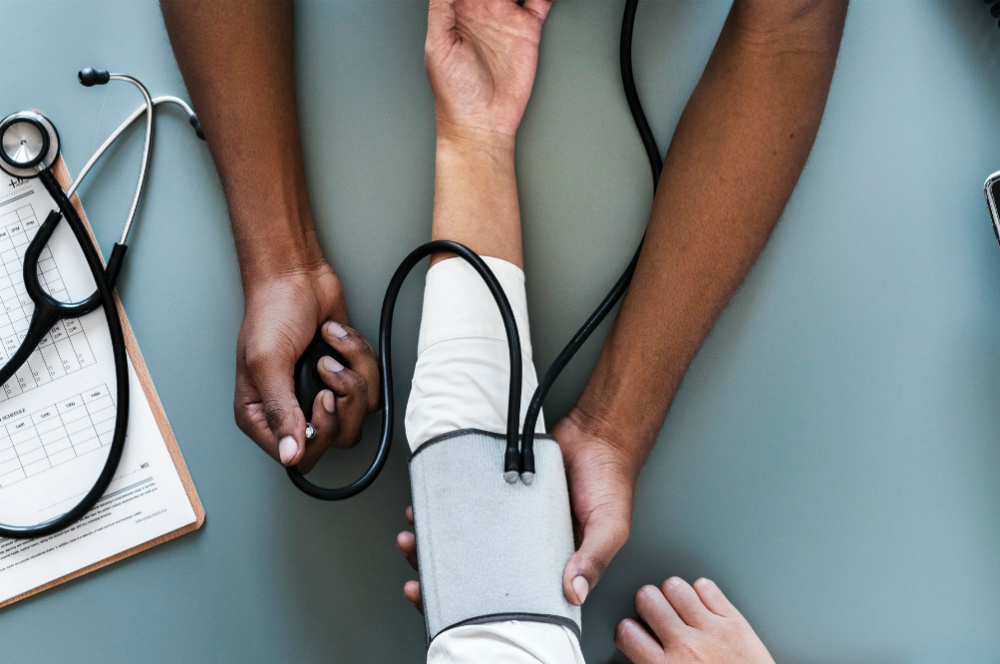 For men to have the best chance of maintaining good physical, mental and sexual health, their best bet is to get screenings for the conditions which prove an issue the most often. If you are feeling healthy and showing no symptoms, then there may not appear to be much incentive to get checks.

But if in particular, you are not a young man, then a general health check-up is a worthy precaution and could even prove a lifesaver. After all, not all serious health conditions provide noticeably symptoms, to begin with. These are just some of the health checks men can get arranged or conduct themselves:

It is also possible you could check your blood pressure yourself at home using your own digital monitor kit (purchased for little cost). This could be preferable as you may feel less anxious testing blood pressure at home compared to when at a GP surgery, and therefore get more accurate results. 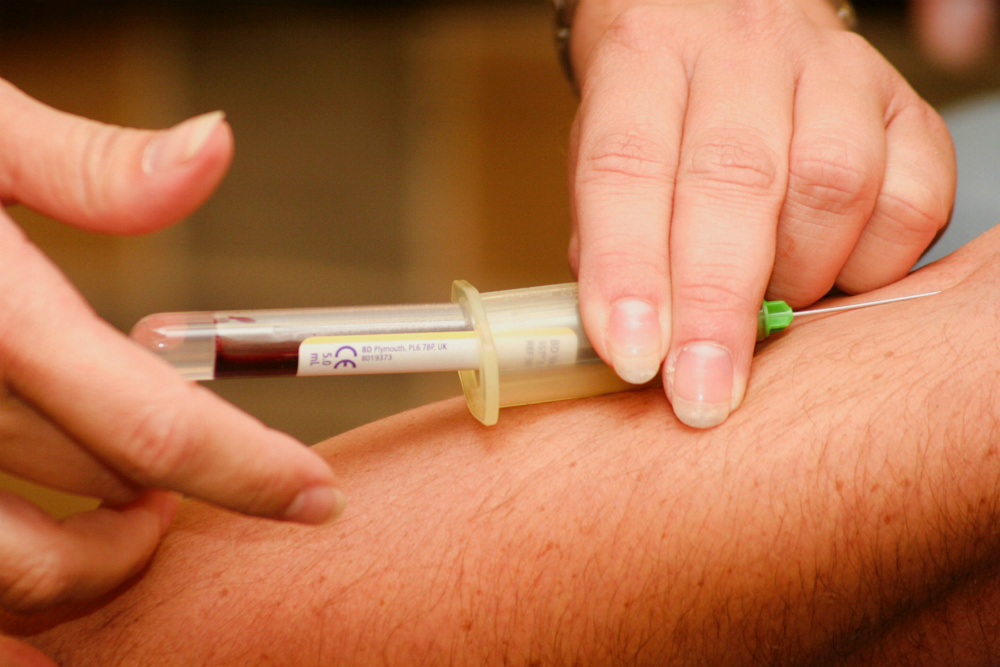 There are no clear signs of having high cholesterol but it can lead to the development of serious health conditions. That’s why it’s important to get your cholesterol level checked if your GP suggests it could be high. This theory could be based on your age, weight or a condition you have (such as high blood pressure or diabetes).

You’ll need a blood test to find out your cholesterol level and there are two ways this test could be taken. In one version, some blood will be taken from your arm with a needle and this sample is sent to a lab to check your cholesterol level. You should receive the results in a few days.

Alternatively, you may have a finger-prick test which sees a drop of blood put on a strip of paper, which is then put into a machine that can check your cholesterol level in a few minutes. If you are over 40, you may have this test during your NHS Health Check to spot any potential early signs of a problem like diabetes or heart disease. 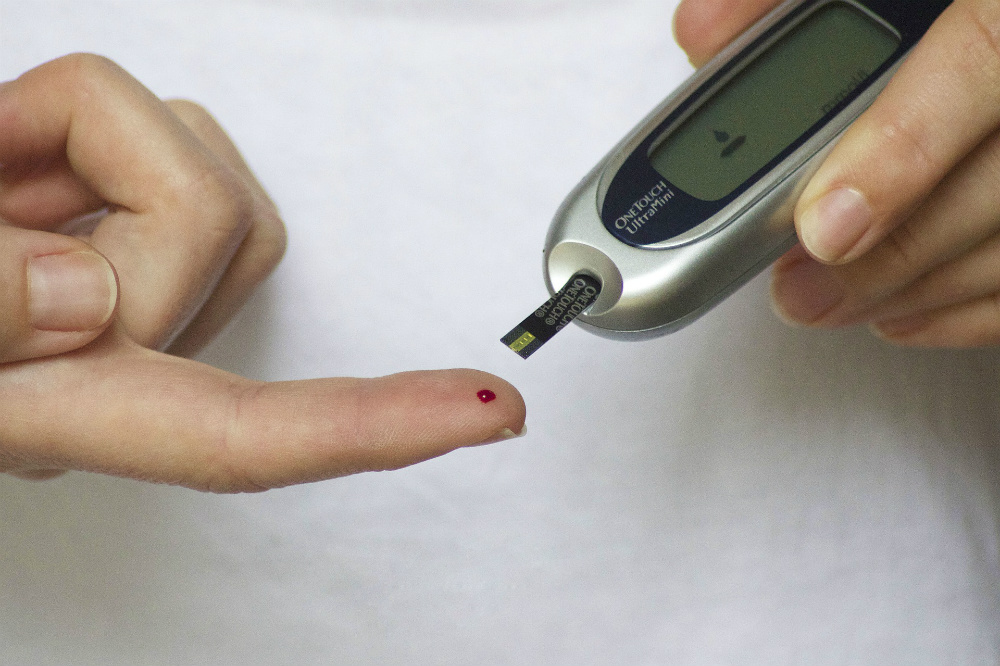 If you are already receiving treatment for diabetes, then you will be getting your blood sugar levels checked on a regular basis. But if you are not diagnosed with it but suspect you may be developing the condition (pre-diabetes), you can get tested either by your GP or use a self-test kit.

If you’ve recently had unprotected sex, you can check if you’ve caught a sexually transmitted infection by visiting an STI clinic. Some may feel embarrassed about this, but it can easily be done with full confidentiality. You can arrange an appointment at a clinic, or there may be a drop-in clinic accessible to you which can do a test without needing an appointment.

If you suspect you may have HIV, then you can arrange a check with the NHS or you could use a BioSure Self Test Kit, available to order at Doctor4U. 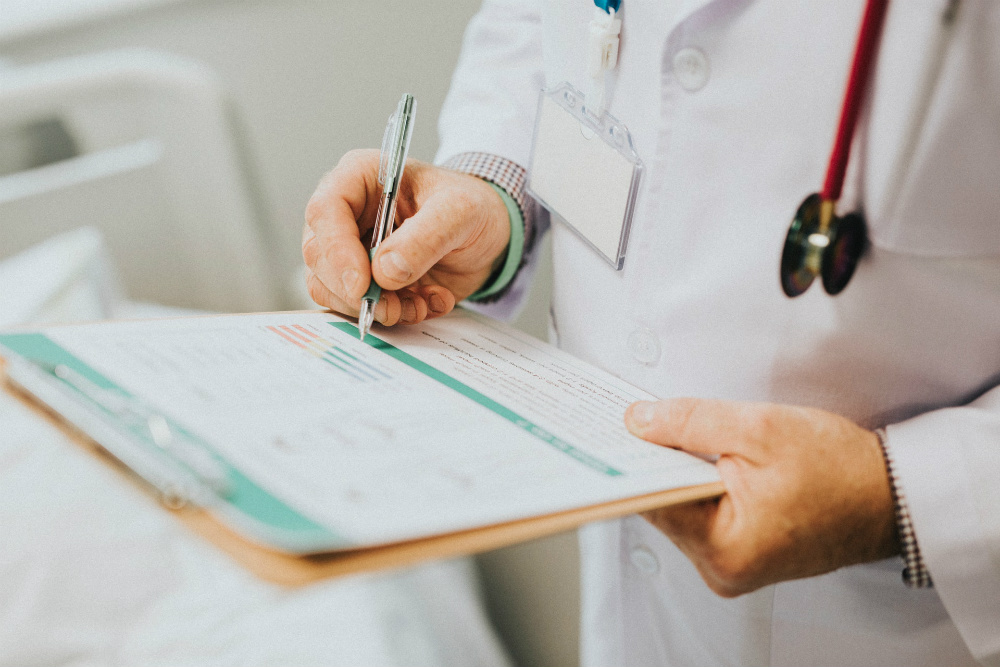 Different types of checks work for identifying different types of cancer. But in general, the symptoms you need to look out for are if a lump suddenly appears on your body, you have unexplained bleeding or there are changes to your bowel habits. These symptoms could be due to something that’s not cancer-related but it’s worth checking to be sure if they do appear.

Your doctor is the best person to consult if you suspect you may have a form of cancer and they’ll carry out the required tests which may include a physical examination, an MRI scan, blood tests or a biopsy.

For some forms of cancer, a self-check or testing kit of some kind may prove handy, but a doctor’s review is always best. As one example, men can self-exam their testicles to check for any signs of a potentially cancerous lump. However, groups such as Cancer Research UK point out that they could cause unnecessary investigations and anxiety if they pick up harmless lumps that are not cancerous. It’s still worth doing from time to time but it’s not essential to do regularly on a set time or in a set way.

If you suspect you have polyps (small growths on the inner lining of the colon), then you can order a self-check bowel health test kit to confirm if you have the condition. If left untreated, there is a risk that polyps can lead to bowel cancer.