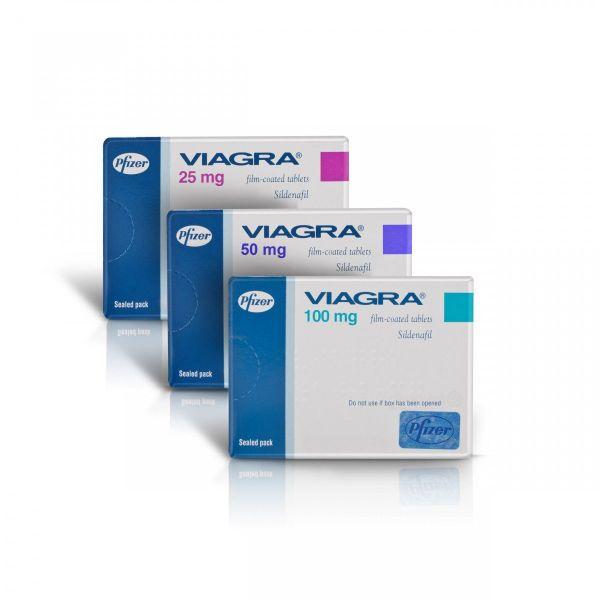 Erectile Dysfunction (ED) is an extremely common problem faced by many men in the UK today. The likelihood of an average male developing the inability to develop and maintain an erection is high, with recent studies finding that 52% of men between 40 and 70 years old are currently affected by impotence. There are many treatment options available to help people with ED to manage their condition, with one of the most popular treatment options being medication. In this article, we compare Cialis and Tadalafil, which are some of the most widely used medications to treat ED in men.

Tadalafil is a type of medication prescribed to men who suffer from ED. It contains the active substance Tadalafil, which is a phosphodiesterase type 5 (PDE5) inhibitor. Tadalafil is the generic, unbranded version of Cialis. It has been fully approved by the NHS and is available in the UK as a treatment for those with Erectile Dysfunction.

Cialis is the brand name for the drug Tadalafil. It contains the same active ingredient as Tadalafil (Tadalafil), which is a PDE5 inhibitor. Cialis is available in the UK and has also been approved by the NHS as a treatment for sufferers of Erectile Dysfunction.

What’s the Difference Between Cialis and Tadalafil?

The table below provides some key information about Cialis and Tadalafil. It provides an overview of the two medications, outlining some key similarities and differences between the two tablets. 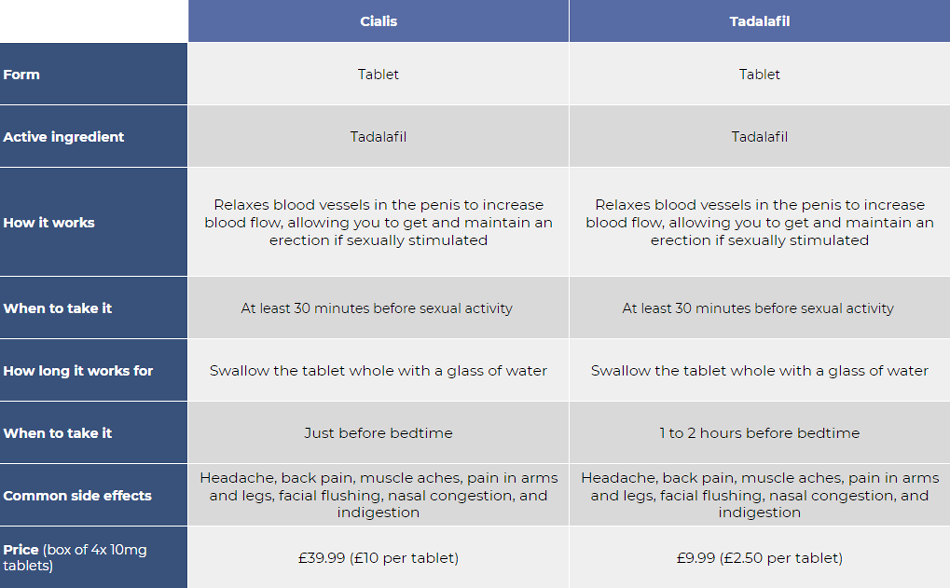 Because the two drugs contain the same active ingredient (Tadalafil), Cialis and Tadalafil work in the same way. They relax the blood vessels in the penis, which temporarily increases blood flow to the area, enabling the user to develop and maintain an erection when sexually stimulated. It’s important to note that Cialis and Tadalafil will only be effective in helping the user to get an erection if sexual stimulation is present.

How To Take Them

Both Cialis and Tadalafil are taken in the same way. The tablet should be swallowed whole with water and can be taken either with or without food. The medication can be taken up to 30 minutes before sexual activity and can last up to 36 hours. The recommended starting dose is one 10 mg tablet, however, if its effect is too weak your doctor may increase your dose to 20 mg.

Many reviews of Tadalafil and Cialis can be found on the online pharmaceutical encyclopedia drugs.com. The average user rating of Tadalafil treatment for ED is 8.6 out of 10, with the average rating of Cialis for ED being 8.7.

We hope this guide has been useful in providing you with an overview of Cialis and Tadalafil. Remember, you should always speak to a GP before starting to take any new medication.