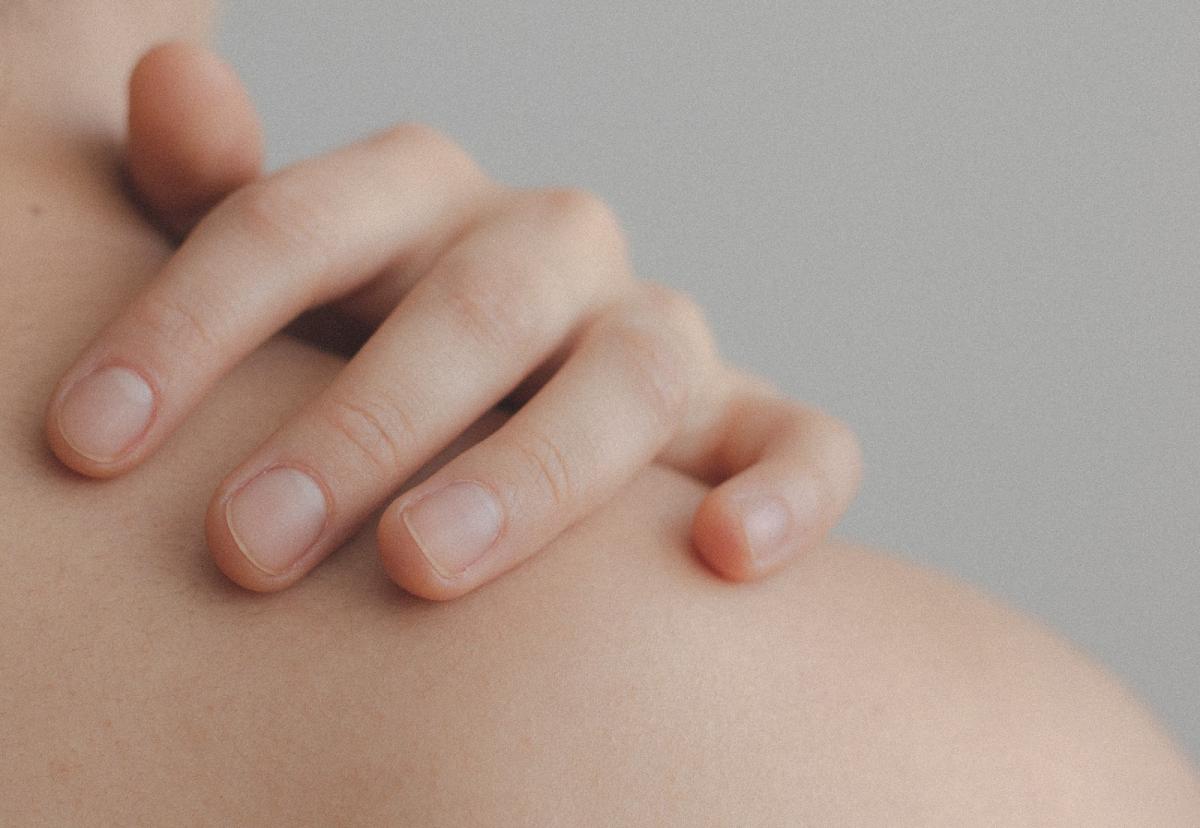 As with any infection, your body will display a number of symptoms that are sometimes subtle, noticeable, painful, or unpleasant. Your body has a way of letting you know something is wrong, some people choose to ignore these warning signs but the majority simply don’t know the symptoms, particularly of HIV. Knowing the symptoms of HIV is so important. If the very early symptoms can be spotted you can prevent the virus from developing into life-threatening AIDS (Acquired Immune Deficiency Syndrome). The HIV rash is one of these symptoms to look out for, but what does it look like and how do you know if this is HIV?

Would I know if I have HIV?

You wouldn’t know you have HIV unless you have been tested and diagnosed, which you can do so at your GP surgery or sexual health clinic. Symptoms of HIV do not always show immediately after infection, it may take several years which means you could be living with HIV for many years without knowing and giving it time to develop. The only way to know this is to have regular testing, particularly if you’re at risk of contracting the virus.

Many people with HIV experience a short bout of flu-like symptoms but because they’re so similar to other illnesses, it can be difficult to know if this is HIV. However, there is a combination of other symptoms that could signify infection, including an HIV skin rash.

CLICK HERE TO VIEW OUR HIV SELF TESTING KIT

As HIV progresses it goes through a number of stages, the later the stage, the more severe the symptoms are as the virus weakens the immune system further. The HIV virus essentially damages the immune system which is progressive over several years. In the first stage, also known as Acute HIV Infection, the symptoms can develop 2-6 weeks after becoming infected and most people will experience flu-like symptoms such as:

These symptoms are signs that the body is fighting the infection, but if you have these symptoms it doesn’t necessarily mean you’re fighting an HIV infection. There are many illnesses that have similar symptoms to HIV so it’s important not to assume you have the disease until you have been tested. Likewise, it’s easy to put these symptoms down to the flu or common cold and dismiss the possibility of HIV, but if you’re aware you could’ve been exposed to the HIV virus you should get these symptoms checked out.

HIV infection then progresses to the next stage known as Chronic HIV Infection. A person could be in this stage of HIV for 10-15 years and experience no symptoms at all. If a person isn’t tested during this time there is no way of knowing if they’re infected and they may unknowingly pass the virus to other people.

Without treatment, HIV progresses to AIDS (Acquired Immune Deficiency Syndrome) which is the name given to a number of illnesses and symptoms caused by HIV. These symptoms are more severe and life-threatening than the earlier stages of HIV. In the later stages, the immune system is severely weakened and patients may experience the following:

Knowing what to look out for when it comes to diagnosing HIV can be difficult as many of the signs and symptoms can be applied to many other illnesses. However, a very noticeable symptom of HIV infection is a body rash which usually appears in the first 2 months, but more skin problems can occur throughout the stages of HIV.

A rash is likely to occur at some stage of untreated HIV, particularly in stages 1 and 3. Most people who have HIV will experience some sort of skin condition such as eczema, photodermatitis (skin reaction to the sun), and herpes either because of illnesses caused by the virus or as a side effect of medication used to treat HIV.

The appearance and severity of the rash may be different for each person, it may be mild in the first few weeks of infection but more serious skin conditions can appear when the immune system is severely suppressed in the later stages of HIV and AIDS. You can develop a rash in different areas of the body but it’s most common on the upper part of the body such as the face and chest.

Early HIV rash usually appears as a flat red area on the skin with small raised bumps that are red on light skin and dark/purple on darker skin. The rash may be accompanied by itching and possibly ulcers in the mouth.

Can HIV rash be caused by medication?

In some cases, those with HIV can develop a rash as a side effect of HIV medication. Some antiretroviral drugs may cause a rash which will usually clear in a few days or weeks. If your current HIV medication isn’t agreeing with you and causing some unpleasant side effects you may be able to switch to a more suitable medication.

This type of rash may not be serious and shouldn’t last long, however, more serious drug reactions can occur. A ‘hypersensitivity’ reaction to HIV medicine may cause a more severe rash with difficulty breathing and dizziness. Hypersensitivity is a type of severe allergic reaction, Steven-Johnson Syndrome is a rare example of a hypersensitivity reaction that can be caused by some HIV medicines.

Steven-Johnson Syndrome is a serious and life-threatening reaction that causes a rash, fever, flu-like symptoms, and blisters all over the body. If you’re showing any of these symptoms you must seek urgent medical help as severe allergic reactions can be fatal.

How to treat HIV rash

Mild forms of HIV rash may be treated with over the counter medicines such as hydrocortisone or antihistamines to soothe the itching. You may also try using mild moisturisers and emollients, and wearing breathable fabric as tight clothing may irritate the rash further. You should also avoid any direct heat on the skin, taking long, hot baths and showers can dry out the skin and aggravate skin conditions.

Early HIV rash is usually mild and very treatable, however, an AIDS skin rash can be more severe and dangerous if it is a symptom of a life-threatening condition. As the immune system deteriorates the body struggles to fight even simple infections. Complicated AIDS-related skin rashes may need to be treated with stronger prescription medication.

HIV medication can help prevent skin rashes and other illnesses from developing. Antiretroviral therapy is a combination of HIV medicines that stop the virus from multiplying and the progression of the disease to AIDS. It essentially stops the virus from destroying the immune system so that the patient can live a long, healthy life without developing HIV-related illnesses.

It’s important to start antiretroviral therapy sooner rather than later. As soon as you’re diagnosed with HIV, your healthcare provider will start you on an HIV regimen that involves taking antiretroviral drugs every day which is vital to stop the virus in its tracks and HIV transmission to others.

I have a rash, what should I do next? 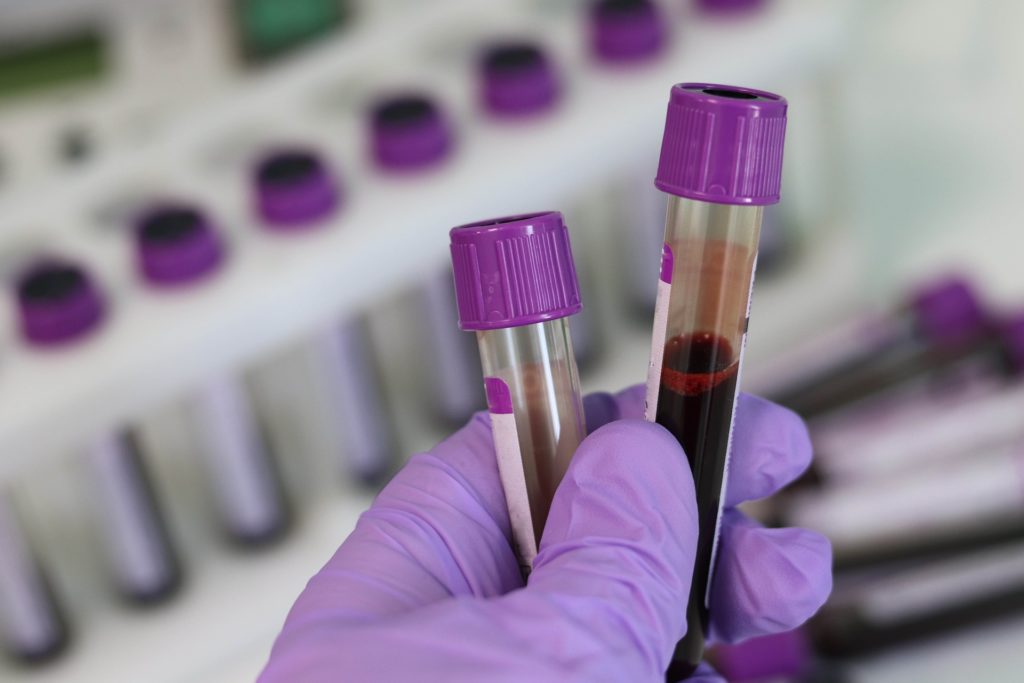 A rash can be a symptom of many illnesses that are far less serious, but it can very well be an early sign of HIV infection. The likelihood of it being an HIV-related rash increases if there is a chance you may have been exposed to the virus, for instance, if you’ve had unprotected sex with someone who is HIV positive. Plus, if you’re experiencing other symptoms related to HIV alongside a rash there is a possibility you could be infected and you should get tested right away.

It’s important not to worry if you develop a rash as it doesn’t always mean HIV, and if it is HIV there is advanced healthcare and medication available that can make living with HIV possible and not a death sentence. It’s important to be aware of the symptoms, particularly if you’re at a higher risk.

Getting tested is the only way of knowing whether you’re infected. You can get tested at your GP surgery, local sexual health clinic, or other nearby HIV testing services. You can also test yourself at home with an HIV testing kit, these tests can produce results in minutes. However, if you get a negative result with one of these tests but you still have symptoms or doubts you should get further testing at an HIV testing clinic to be sure.