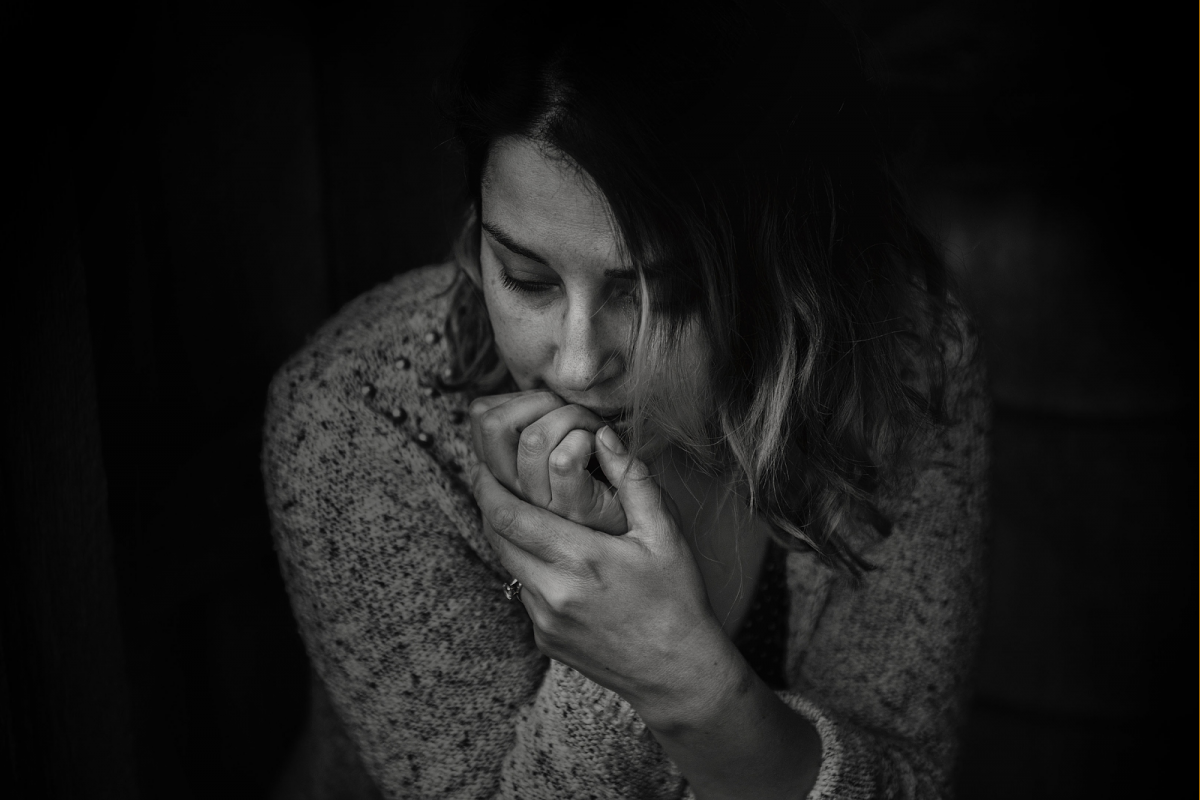 In this article we share the latest mental health statistics, revealing findings from new research surrounding the current state of mental illness in today’s society.

How common are mental health issues in the UK?

Recent research conducted by the mental health charity Mind has found that 1 in every 4 people will experience some kind of mental health problem in any given year.

A recent study also found that women are more likely to experience mental health difficulties than men. Their research found that 1 in 5 women have reported symptoms of common mental health disorders, whereas 1 in 8 men have done the same.

However, this is still a significant proportion, and it’s important to note that just because someone doesn’t report their symptoms, it doesn’t necessarily mean they’re not experiencing them.

Where in the UK suffers from depression the most?

Depression is one of the most common types of mental illness in the UK, affecting approximately 350 million people worldwide. But where in the UK are people most affected by depression?

As with any estimates on mental health statistics, these predictions are extremely difficult to make - just because someone is suffering from mental health problems, it doesn’t necessarily mean they have spoken out or sought treatment. Therefore, to discover which city in the UK suffers from depression the most, we analysed NHS prescription data for Antidepressant medication and also looked into the search volume for Google searches surrounding depression.

According to NHS prescription data from openprescribing.net, more antidepressants are prescribed in Devon than in any other part of the UK. This is closely followed by Derby and Derbyshire then Cambridgeshire and Peterborough.

The graph below shows the CCGs (Clinical Commissioning Groups) who prescribe the highest number of items containing antidepressants in the UK.

A staggering 150,517 items for Antidepressant drugs were prescribed by NHS Devon in September 2019 with a further 119,155 being prescribed in Derby and Derbyshire within this month.

Our search volume research from the tool Keyword Finder also suggested that a significant number of people from Derby are currently struggling with depression. The graph below shows that at least twice as many searches for the term ‘I am depressed’ are made in Derby than in any other major UK city. 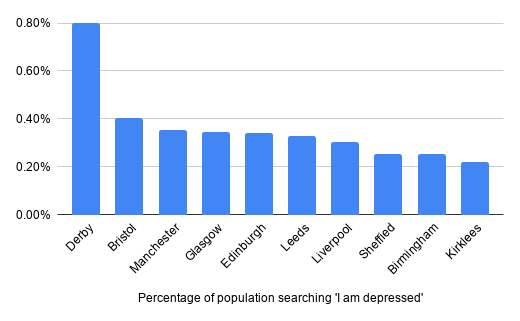 What time of day do people search online for help with mental health problems?

So now we have an idea of how many people are affected by mental health problems, but what time of day do people tend to try and get help and support for these issues?

Again, this is a difficult question to answer as there are many different routes people struggling with their mental health conditions can go down to get help. However, the first port of call for many is finding help by searching online.

To discover what time of day people search for this kind of help online, we analysed searches for the term ‘help for anxiety’. We chose anxiety as it is one of the most common types of mental health problems experienced by many people in the UK.

The results showed significant spikes in searches both late at night and during the early hours of the morning. Peaks in searches for ‘help for anxiety’ primarily took place between midnight and 2 am.

One possible reason for this may be that people feel more comfortable making these kinds of searches alone and away from their family, friends or work colleagues.

Suicide statistics in the UK

We used the search marketing tool SEMrush to discover what kinds of online searches people who feel suicidal are making. The data revealed that each year in the UK, an average of 79,200 Google searches are made for ‘How to commit suicide’, with a further 22,800 searches being made for the term ‘How to self-harm’.

97,200 searches are also made every year in the UK for ‘suicidal thoughts’, suggesting that a significant number of people turn to the internet to help and advice when struggling with these intrusive thoughts and feelings.

Assuming that each search is made by a different individual, this would mean that every day in the UK, 266 people search online for how to commit suicide.