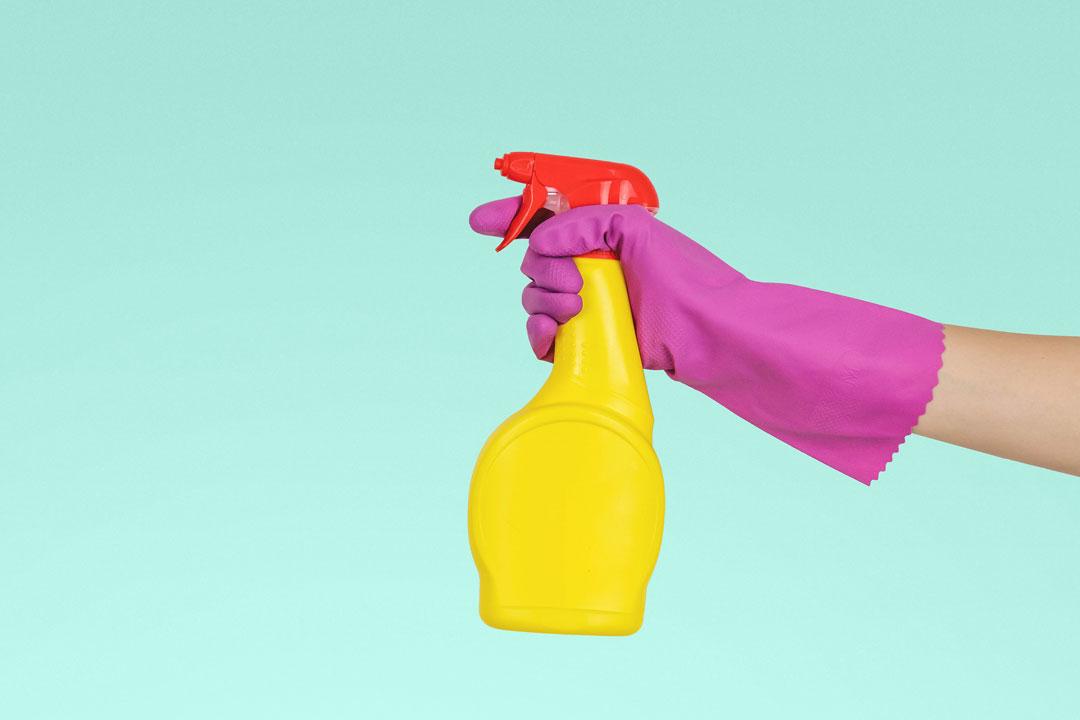 Norovirus is also known as the winter vomiting bug. However, there isn’t just one virus that can cause it. Norovirus is the name given to a group of viruses that can cause gastroenteritis – also known as sickness and diarrhoea. It’s one of the most common stomach bugs in the UK, and is estimated to affect 600,000 to 1 million people each year in England, Scotland, Wales, and Northern Ireland.

Officially called ‘Norwalk Virus’, the illness was named after an outbreak of gastroenteritis at a school in the US town of the same name in 1968. However, since the discovery of several more viruses that case the same symptoms, the name “norovirus” has been adopted.

Although norovirus can be incredibly unpleasant, most people tend to recover within 2-3 days. However, it’s extremely important to remain indoors until at least 48 hours after your symptoms have disappeared. This is because you’re still contagious within this time, and could pass the virus on to other people.

Norovirus is common on cruise ships and in schools, hospitals and care homes due to the close proximity of people in such a confined area. If you work in any of these areas, it’s important to always practice good hygiene and cleaning to have the best chance at avoiding any viruses and bacteria.

What are the symptoms of norovirus?

As norovirus is essentially a cause of gastroenteritis, the symptoms are fairly similar. You might be suffering with norovirus if you experience:

Symptoms generally tend to begin within 24-48 hours of exposure to the virus, so you should know about it fairly soon after contact.

Norovirus can leave you feeling completely drained and weak, as well as sore and achy from vomiting. However, it’s important to stay at home whilst experiencing symptoms, and not visit a GP surgery, hospital, or walk in centre. In most cases, norovirus resolves on its own, but sometimes, you might need to either call your GP surgery or 111 for advice. This is usually only recommended if your symptoms last for more than 3 days, or if you already have a chronic or serious health condition. If a doctor feels as though you need treatment, they should come out to you to avoid spreading norovirus to other patients.

Although you might feel like norovirus lasts forever, symptoms generally disappear within 2-3 days, and you should be able to leave your home after 48 hours of being symptom-free. 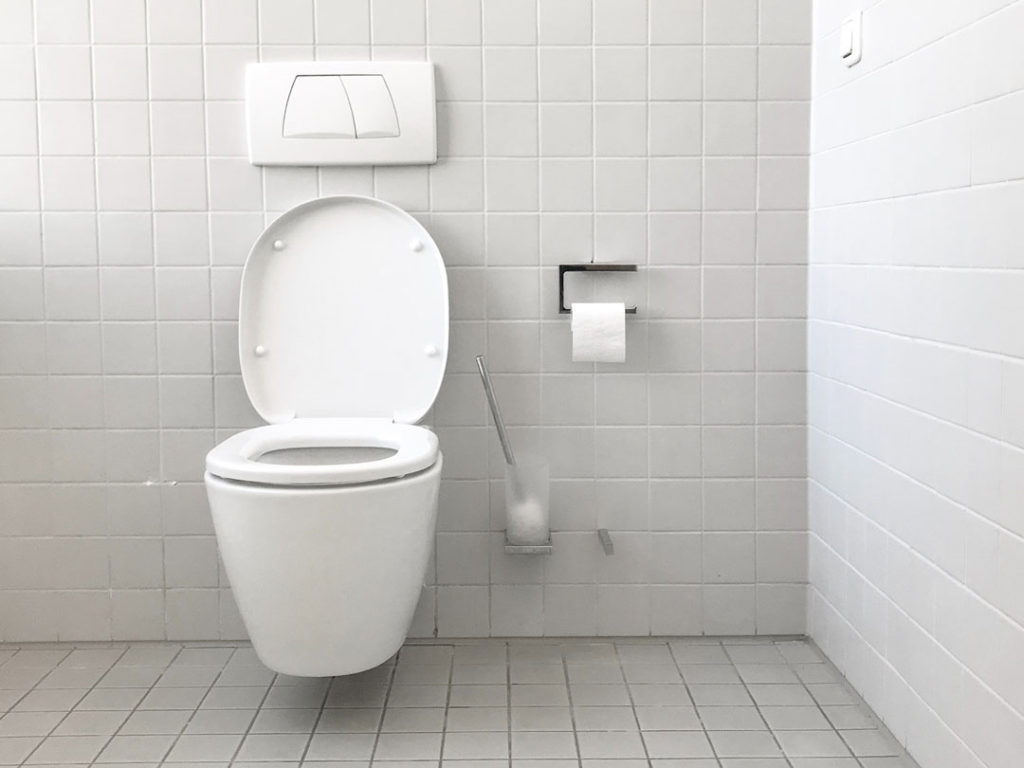 How is norovirus spread?

Norovirus is spread incredibly easily, and usually through a lack of diligent hygiene. Norovirus is actually transmitted via the fecal-oral route. Whilst this sounds disgusting, it’s more common than you might think to end up with particles of contaminated faeces in your mouth.

One of the most common ways that norovirus is spread is through food preparation. If someone with norovirus particles on their hands prepares a meal, the food can become contaminated, and those that eat it can become ill.

In a nutshell, norovirus is transmitted via faecal matter that somehow makes its way into the mouth. Disgusting, we know, but that’s why it’s incredibly important to practice good hygiene.

How to avoid norovirus

Unfortunately, there’s no 100% guaranteed way for you to avoid catching norovirus. However, there are certain things you can do to minimise your risk, or to make sure that it doesn’t spread.

The best way to avoid norovirus is to practice good hand-washing techniques with soap and warm water. This should be done regularly, but especially after using the toilet, before preparing food, and if you know you’ve come into contact with someone that already has the virus.

You should also avoid sharing towels and toothbrushes, as if these are contaminated with particles of the virus, it can also be easily spread this way.

Make sure to rinse any fruit and vegetables before preparation, as they may have been exposed to contamination.

If everyone makes sure that they wash their hands with diligence, it’s possible that the spread of norovirus could be reduced. Official NHS guidelines state that washing your hands should take around 20-30 seconds. For more detailed information on how and when to wash your hands properly, please click here. 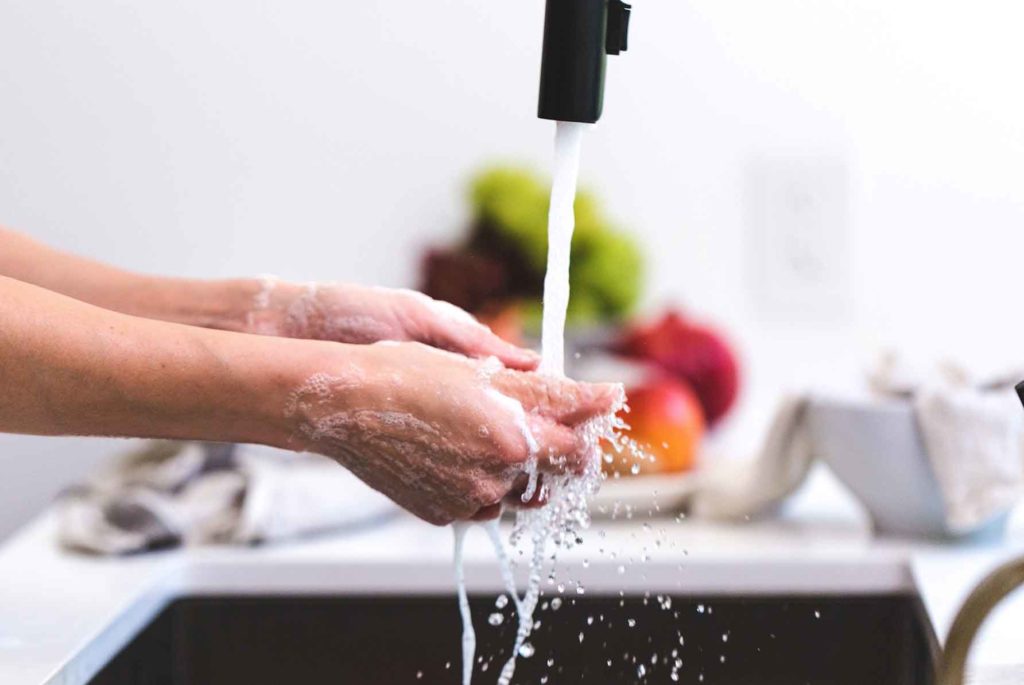 If you’re already suffering with norovirus, it’s important to keep areas clean to minimise the risk of it spreading to others. You should clean the toilet and the surrounding area each time you’ve had an episode of diarrhoea or vomiting, starting from the furthest point away from where you’ve been ill and working your way inwards to avoid further contamination. You should also make sure to wash all bedding thoroughly once you’re clear of symptoms. This includes any blankets and clothing you may have used whilst ill.

Solutions from HSE (Formerly the Health and Safety Laboratory) have created a simulated vomiting system called 'Vomiting Larry' to show the public how far vomit particles can spread, and how easy it is for contamination to occur. To watch the video, please click here to go to Youtube. (Caution: may be graphic for some viewers. No actual vomit is used, but a flourescent fluid is used as a substitute).

When flushing the toilet after sickness or diarrhoea, make sure the lid is down to avoid any spray, and thoroughly clean it afterwards.

All of this might seem like a lot of work to avoid becoming sick, but trust us, you’ll be thankful for it.

Norovirus treatment usually just involves keeping your fluids up and avoiding dehydration, which can be easier said than done when you’re losing a lot of water through vomiting or diarrhoea. That’s why it’s important to keep drinking as much as you can, even if it’s just taking small sips of water often.

Some people find that taking oral rehydration sachets such as Dioralyte can help with replenishing various salts and minerals that are lost during bouts of gastroenteritis. Each sachet should be mixed with 200ml of water just before consumption, and are available in several flavours.

If you’re particularly struggling with symptoms of diarrhoea, you may find some relief by taking loperamide, which helps to reduce the frequency of bowel movements as well as making stools firmer. 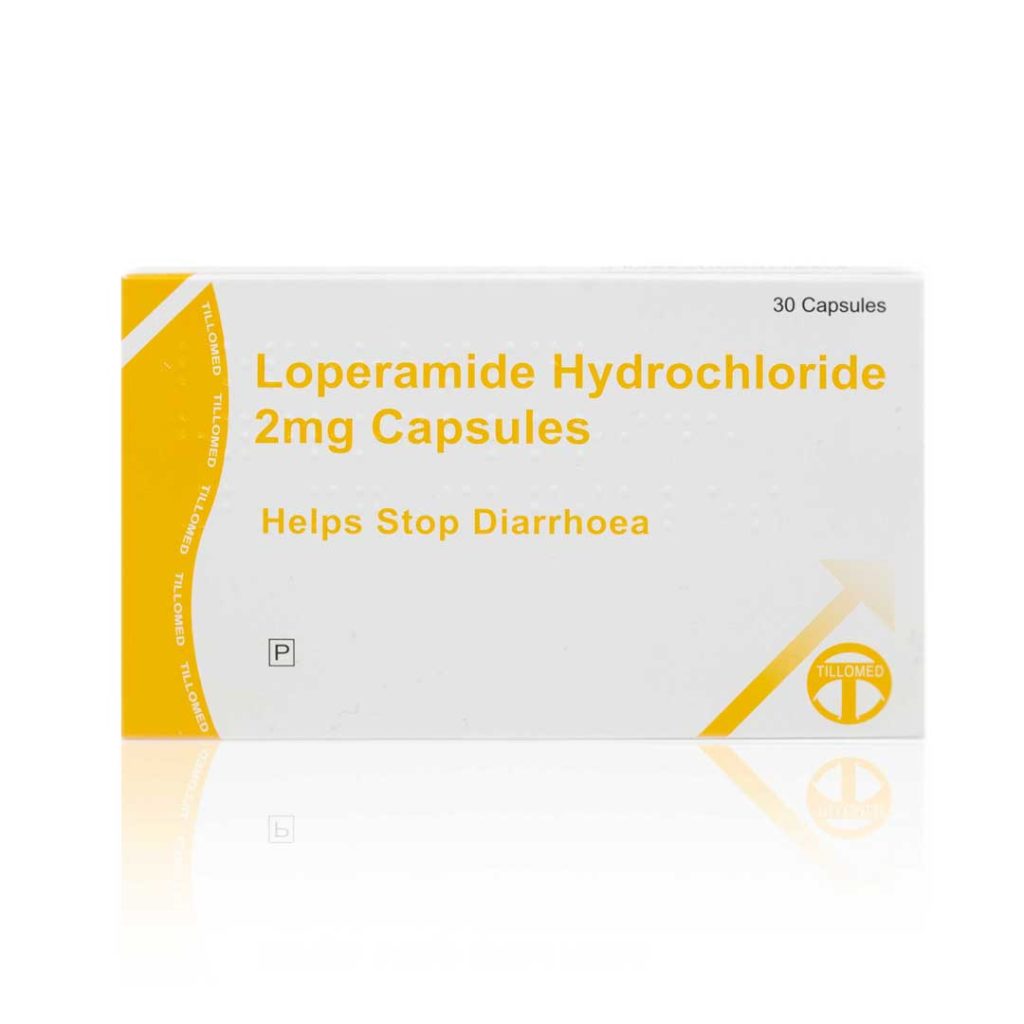 It’s important to know that medication won’t help to get rid of the virus any quicker, but it might help to ease some of your symptoms.

Despite the fact that alcohol gels are used in hospitals, it should be known that they do very little – if anything, to protect against norovirus.

Whilst alcohol and antibacterial gels are great at helping to avoid the spread of some bacteria, they’re unfortunately pretty useless against norovirus. This is because the particles of norovirus are covered in a protein-shell called a capsid. This helps the virus to stay alive, and can’t be penetrated by alcohol gels.

As mentioned before, the best way to avoid spreading or catching norovirus is to practice diligent hand washing regularly, though you can still use alcohol gels to avoid other illnesses such as the common cold.

So if alcohol gel doesn’t kill norovirus, what does? 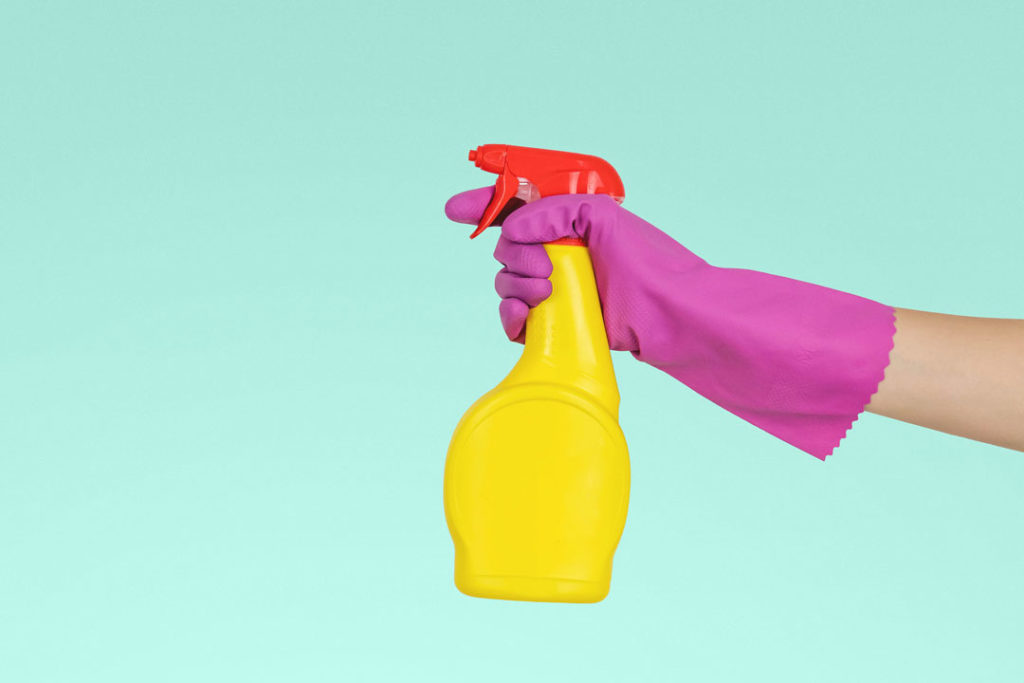 One of the only cleaners proven to be effective against norovirus is bleach. The most efficient way to keep surfaces clean is by using a diluted bleach solution, something which you can do with water and household bleach rather than buying expensive cleaning products. The general recommendation for making a bleach cleaning solution is to mix 9 parts water with 1 part bleach, or in other words, a 10% bleach solution. This makes an effective disinfectant that should protect you against norovirus as much as possible.

There’s also some evidence to suggest that benzalkonium chloride and benzethonium chloride may also provide some protection against norovirus, but it isn’t yet clear as to whether these chemicals can kill the virus. To be on the safe side, practice good hand washing techniques, and make sure to keep all surfaces clean for your best shot at avoiding norovirus this winter.