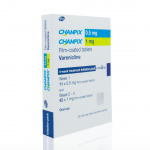 Champix is a type of medication that is prescribed to help with giving up smoking by reducing the amount of withdrawal symptoms and cravings that come when you quit cigarettes. The medicine doesn’t contain any nicotine, so works differently to nicotine replacement treatments whilst still suppressing cravings, meaning that you’re more likely to give up for good.

Smoking can cause serious long term health problems and be very difficult to give up due to the addictive properties of nicotine, and it can also affect the health of those around you, but alongside support and motivation, Champix tablets can help you quit. Smoking can lead to lung cancer, heart disease, and premature aging, whilst second-hand smoke can be especially dangerous to children, or to your baby if you are pregnant or breastfeeding. Other long term effects include impotence, infertility and diabetes. Champix tablets won’t make you give up on their own, but used alongside motivation and willpower, they’re an incredibly effective way to stop smoking without using any nicotine.

If you need to take Champix tablets, you can buy them online safely from a UK doctor such as Doctor-4-U by completing our simple medical questionnaire and getting a certified prescription. It will be dispatched within 24 hours. 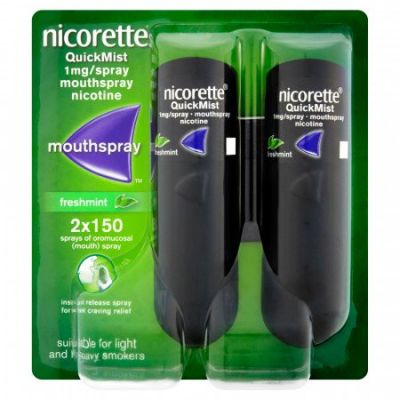 Champix tablets contain the drug varenicline which helps patients to stop smoking by relieving cravings and withdrawal symptoms that almost always come with giving up cigarettes. Champix tablets are different to other treatments that are available for smoking cessation due to the fact that they don’t contain any nicotine. Traditionally, smokers have used nicotine in the form of patches, gum, tablets or vape liquid to satisfy their cravings for the substance when trying to give up smoking, but Champix works in a completely different way.

When you have a cigarette, the nicotine in it attaches to receptors in the brain, which trigger the release of dopamine. Dopamine is a natural chemical that’s known for possessing motivational properties and being linked to feelings of pleasure – hence why you might enjoy smoking a cigarette.

Varenicline, the active ingredient in Champix tablets, works on the same receptors that nicotine does, meaning that you still get the release of dopamine, albeit not as strong as from a cigarette. Because it attaches to the same receptors as nicotine, it also prevents nicotine from having the same effect on you if you do smoke during your treatment. This ultimately reduces the amount of pleasure you get from smoking, as well as keeping cravings and withdrawal symptoms at bay.

Champix tablets should be used in conjunction with willpower and motivation, as well as support from friends and family. Varenicline won’t make you stop smoking on its own, and people that show a willingness to quit are more likely to be successful at it.

How to take Champix

When taken correctly, Champix can reduce the pleasure of a cigarette as well as dampening cravings and withdrawal symptoms, hence why it’s important to know how to take the medication before you start your treatment.

Before you even take the first tablet, it’s important to set yourself a target quit date, preferable within the first two weeks of treatment. This means that you can carry on smoking whilst starting Champix until the date that you’ve set yourself to give up. If you do smoke after this date, Champix tablets may reduce the amount of pleasure you get from a cigarette, making you less likely to carry on smoking.

If this is your first time taking Champix, or you haven’t used it in a while, you’ll need to order one of the starter packs, which are available as either a 2-week or 4-week supply.

For days 1-3 of your treatment, you should take one 0.5mg tablet ONCE daily

For days 4-7, you should take one 0.5mg tablet TWICE daily

For the remainder of the treatment period (weeks 2-12), you should take one 1mg tablet TWICE daily.

To help you remember the dosages, here’s a handy timeline that you can refer to. It might also help to mark on a calendar when you should be adjusting your dose.

Champix can be taken with or without food, but should always be swallowed whole with a glass of water. A course of treatment with Champix usually lasts for 12 weeks. After you’ve completed your course, you should speak to your doctor about how successful you feel Champix has been. Some people feel as though they need more support, in which case, you may be able to continue with the 1mg dose for another 12 weeks, taking your maximum treatment time up to 24 weeks. Others might feel as though they’ve been completely successful during the first course of treatment and might want to stop taking Champix. In this case, your doctor might suggest tapering off the medication, in which case you’ll need to purchase the lower dose of 0.5mg tablets to allow you to gradually stop taking Champix. Your own GP will advise you on which course of action is best for you.

Although Champix is designed for those who want to give up smoking, your medical history and other medications may mean it isn’t right for you. Champix is safe for a vast majority of smokers, but there are certain groups that will need to discuss the treatment with a doctor before taking Champix.

Speak to your doctor before ordering this medicine if:

If you don’t fall into any of the above categories, you shouldn’t have any problems with taking Champix.

Champix is a prescription medicine, meaning that it has the potential to cause side effects in some people. However, not everyone experiences them. It’s often down to your tolerance of the drug varenicline. It’s important to know about the side effects that you might experience, so before you take any Champix tablets, you should read the patient information leaflet thoroughly.

Some of the most common side effects include:

In most cases, the benefits of Champix far outweigh any side effects, but if you feel as though you aren’t able to tolerate the medicine, or that the side effects are too much for you to cope with, please speak to your doctor and consider other treatment options to support you in giving up smoking.

As well as the side effects listed above, it’s also important to know that Champix may increase the intoxicating effects of alcohol, though more research is needed to confirm whether this is the case. If you do drink whilst taking Champix, take caution and stay aware of how you’re feeling as your usual limit may not apply.

Champix may also aggravate epilepsy and certain cardiovascular issues. Call 999 if you experience any symptoms of a heart attack or seizure.

Always stay aware of symptoms of an allergic reaction such as anaphylaxis or skin rashes. If you experience either, seek urgent treatment and stop taking Champix.

As Champix can cause dizziness, fatigue, and in some cases, loss of consciousness, you should avoid driving until you know how the drug affects you.

Advice on Addiction and Medication Restrictions

If you are at all worried or concerned about an addiction to any type of medication, we urge you to speak to a professional for help and advice. Below are links to organisations that can help.