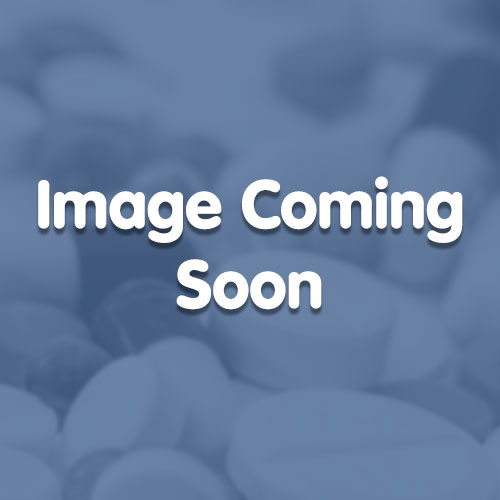 Descovy is a drug that was first manufactured for the treatment of HIV. However, in 2019, the DISCOVER PrEP clinical study aimed to investigate whether it could be used for pre-exposure prophylaxis – commonly known as PrEP. The trial was a success, and in October 2019, the FDA approved a PrEP guideline for Descovy.

This medicine is not yet available to request via our online service. If you are still having trouble with your symptoms please visit the NHS website for services in your area.

When most people hear the word PrEP, they think of Truvada – a mix of emtricitabine and tenofovir disoproxil that’s been used for several years now to prevent HIV infection in people that are deemed to be at-risk.

However, the way we think of PrEP may be set to change, as newer drug Descovy has now been approved by the FDA for use as a pre-exposure prophylaxis.

Gilead, (the manufacturer or both Truvada and Descovy) conducted the DISCOVER clinical trial, which looked at the effectiveness of Descovy when used as PrEP amongst men who have sex with men (MSM) and a small number of transgender women. The results showed that both Truvada and Descovy were as effective as each other, with both drugs being over 99% successful at preventing HIV in those at risk.

So far, only the daily method of taking Descovy has been investigated in terms of PrEP, and no studies have been carried out with those that were assigned female at birth (AFAB), or those who are at risk of acquiring HIV via receptive vaginal sex.

Descovy is a drug that was first approved by the FDA in 2016 for treatment of HIV-1 infection, when used alongside other medications. It contains emtricitabine and tenofovir alfenamide – a newer formulation of tenofovir that’s been shown to have fewer negative effects on bones and kidneys.

It works in the same way as Truvada, both for the treatment of HIV-1, and for the prevention of it, as both medications use similar formulations and are classed as antiretroviral drugs.

Descovy is currently only available as a branded medication, unlike Truvada which can be bought as generic emtricitabine/tenofovir disoproxil.

What is the difference between Truvada and Descovy?

As we’ve already seen from the DISCOVER study, Descovy has been deemed as equal to Truvada in terms of efficacy, being both “non-inferior” and “non-superior”, however, it was found that Descovy produced fewer adverse effects when it came to bones and kidneys. This is due to the fact that Descovy uses the newer formulation of tenofovir alfenamide, which has been shown to be more beneficial for those with bone and kidney issues. This suggests that Descovy may be a good alternative to Truvada for those with osteoporosis or poor kidney function.

On the other hand, Descovy was also found to have the potential of causing weight gain in some patients, as well as a small increase of LDL cholesterol, so it may not be recommended for patients that are obese or that already have some degree of cardiovascular risk factors, as the drug may contribute further to these and cause more health issues. For patients in this position, Truvada may be the better option, as in studies, it was found to reduce weight in some patients.

Truvada is the older drug, which also means that it’s had chance to go through more clinical trials than Descovy. This means that Truvada has the advantage of having more information surrounding its use as PrEP, including efficacy in AFAB patients, as well as various dosage options.

Is Descovy better than Truvada?

At the moment, there isn’t enough information to say whether Descovy is better than Truvada, as it has only just been approved for use as PrEP. It’s also important to note that “better” is subjective when it comes to situations like these. In terms of bone and kidney health, Descovy may be a better option for those with pre-existing conditions or risk factors that affect bones or kidneys, but when it comes to weight and cardiovascular risk factors, Truvada may prevail as the most appropriate option for PrEP. Ultimately, it’s down to your own doctor to make the decision on which medication is best for you based on your medical history.

Descovy is currently only available in the UK as a treatment for HIV-1 infection, and not as PrEP. Approval from the FDA only affects guidelines for the drug in the USA, meaning that Descovy can’t yet be prescribed for PrEP in the UK unless it’s prescribed off-label – a decision that’s down to each individual doctor.

Descovy isn’t as common in the UK as Truvada, with only 23 NHS prescriptions for it in the last 12 months, compared to 74 prescriptions for Truvada. However, due to the current prescribing guidelines in the UK, it can only be assumed that these prescriptions are for the treatment of HIV-1 rather than the prevention of it.

It’s possible that the UK’s NICE guidelines will follow the FDA’s lead with approving Descovy for PrEP, but it might be a while before we see any movement on this, especially as the IMPACT trial is still ongoing, which uses generic Truvada.

Switching from Truvada to Descovy

Switching from Truvada to Descovy may take some time if you live in the UK, as it isn’t yet licenced for pre-exposure prophylaxis. However, if you’re currently taking Truvada and have a pre-existing bone or kidney condition, it may be worth talking to your own GP about the possibility of using Descovy off-label.

Unfortuantely, PrEP isn’t yet available on the NHS in England, so you may need to seek a private GP who would be happy to prescribe it to you, but with Descovy only available in branded form, it may cost more than your current PrEP prescription.