Gout is a type of arthritis which leads to pain, swelling, redness and tenderness around joints. This condition occurs as a result of having too much of a certain type of acid in the body. There isn’t a single, specific cause for having too much of this acid, but it is more likely to be an issue if you are obese, drink lots of alcohol or eat lots of certain foods. Gout most commonly affects the toes, but it can also affect other joints including the ankles, knees and fingers. When someone has gout, they can experience painful attacks from the condition at any time, but symptoms of gout can be reduced and future pain attacks can be prevented with anti-inflammatory medication and lifestyle changes.

"Gout is a condition which can cause sudden and intense pain in a joint. It is an unpleasant condition but it can be treated quickly and effectively if you get medical help from a doctor. It is important to get gout treated quickly if it affects you, because leaving it untreated can lead to long-term damage to your joints. Gout causes attacks of pain on joints, and for some people this may only happen once, but for others it can be a persistent problem. You are less likely to have trouble with gout if you avoid things like being obese, drinking lots of alcohol and have a balanced diet."

Gout is a type of inflammatory arthritis which causes sudden and severe pain in joints. It also causes skin around the affected joints to become red, hot and swollen. If you experience gout, then it should not cause lasting damage as long as you get treatment for it straight away.

The symptoms of gout are similar to other pain-related conditions which can make it tricky to diagnose. When looking for the signs, the most visually distinctive symptom of gout is having red, hot and swollen skin which tends to cover the affected joints.

Gout most commonly occurs in the joint of your big toe, but it can occur in any other joint (as well as other parts of your foot). The ankles, knees, elbows, wrists and fingers are other joints which are often affected by gout. As time goes by with gout in the body, you may not be able to move affected joints normally.

The pain in affected joints tends to be at its most severe during the first 4-12 hours after it begins. After this period of severe pain, a certain amount of discomfort can last for anywhere between a few days and a few weeks.

More attacks of severe pain can occur after the early period of gout and these attacks can last longer and affect more joints. An attack of gout can be sudden and crop up during any time of the day (including in the middle of the night).

If you experience a sudden and intense pain in a joint, then you should call your doctor to get treatment. Leaving gout untreated can lead to worse bouts of pain and joint damage.

Gout occurs when urate crystals accumulate in your joint. These crystals can form from uric acid - something which your body naturally produces when it breaks down other substances in your body.

Normally, uric acid dissolves in your blood and passes through your kidneys and into your urine. However, for certain reasons, your body could either produce too much uric acid or your kidneys could excrete too little uric acid. Consequently, uric acid can build up in your body, which leads to the formation of sharp, needle-like urate crystals in a joint or surrounding tissue.

People who are vulnerable to experiencing gout can potentially trigger an attack by the condition if they are very stressed or have recently had an illness. If you injure or bruise a joint after a minor bump and it’s more painful than you’d expect, then this could mean a gout attack is developing. Seek treatment right away if you feel a gout attack coming on.

Gout is more likely to develop if you have high levels of uric acid in your body. It has been determined that if other members of your family have had gout, then you are more likely to develop the disease. But even if nobody in your family has had it before, there are a range of factors which can increase uric acid in your body and therefore increase the risk of gout. These factors include the following:

Being overweight noticeably increases your chances of suffering gout because your body produces more uric acid and your kidneys have a more difficult time removing the acid from you.

Eating a high amount of meat and seafood and having drinks sweetened with fruit sugar (fructose) increases the amount of uric acid in your body and therefore the risk of experiencing gout. Drinking alcohol also increases the possibility of having gout, especially if you drink beer.

Studies have found that certain chronic conditions including diabetes, metabolic syndrome and heart and kidney diseases are able to increase the risk of gout. The risk is also increased if you have untreated high blood pressure.

Medicines which treat your blood pressure or cholesterol levels, especially diuretics (water tablets), are known to increase uric acid levels. The same also applies to low-dose aspirin and anti-rejection drugs (used by people who have undergone an organ transplant).

Gout is statistically more common in men, especially as they get older. This is because women tend to have lower uric acid levels. Men are most likely to develop gout between the ages of 30 and 50. However, women are at more risk of getting gout after the menopause (which usually happens between 45 and 55 years old) since their uric acid levels increase.

Experiencing recent surgery or any trauma has been associated with an increased risk of gout attacks. As mentioned earlier, circumstances which cause a high level of stress are capable of triggering such attacks.

People with gout can develop more severe conditions, especially if they do not treat it in a quick and effective manner. While some people may only experience gout symptoms once, others could experience a gout attack on several occasions within a year. Medication can help prevent attacks with people who have recurrent gout. It’s important to find effective treatments for it since recurring gout can cause lasting damage to joints.

Untreated gout can also lead to what’s known as advanced gout, which sees urate crystals form under the skin in nodules known as tophi or tophus (plural tophi). Tophi can develop in areas such as your fingers, hands, feet, elbows and Achilles tendons. While Tophi is usually not painful, it can become swollen and tender during a gout attack.

Another potential issue with urate crystals is that they can form in the urinary tract and cause kidney stones. Again, medication is the most effective way of preventing this complication from developing.

If you have an appointment with an NHS doctor/your GP about your joint pain, they can determine if it is being caused by gout or something else. During your appointment, you may be asked about your diet and whether you drink beer or spirits.

You may also get sent for a blood test, ultrasound or x-ray. Sometimes a thin needle may be used to take a sample of fluid from the affected joint for testing. The test is designed to work out how much uric acid there is in your body.

Foods that cause gout

Certain lifestyle changes can help to stop gout attacks in the future or at least reduce them, and having a healthier and more balanced diet is one of the most effective changes you can make. A diet with plenty of vegetables and some low-fat dairy foods is ideal. Also aim to drink plenty of fluids to avoid dehydration and have at least 2 alcohol-free days a week (aim to have less than 14 units of alcohol within a week).

You’re also less likely to get gout if you avoid eating lots of red meat, seafood, kidneys, liver, fatty foods or sugary snacks and drinks. These are all known to contain purines – a substance which makes your body produce uric acid while breaking them down. By keeping your intake of such food and drink low, you should decrease the amount of uric acid in the body, which is key to preventing painful gout symptoms.

Gout remedies (medicinal and non-medicinal treatments for the condition)

Gout attacks are usually treated with anti-inflammatory medicines like ibuprofen, Naproxen and other nonsteroidal anti-inflammatory drugs (NSAIDs). More-powerful prescription NSAIDs like celecoxib may possibly be given. Other medicines a doctor may consider prescribing you include colchicine, a type of pain reliever which can be effective against gout but can also lead to side effects such as nausea, vomiting and diarrhoea.

If the medicine you use does not improve your gout symptoms after 3 or 4 days, then you may be given corticosteroids in either tablet or injection forms. Prednisone is an example of this type of medication which can fight against pain and inflammation caused by gout.

If you are suffering multiple gout attacks throughout the year, then you may end up being prescribed medicines which can block uric acid production (such as allopurinol or febuxostat) or improve the removal of this type of acid (such as probenecid or lesinurad).

Besides medicines, you can also help to treat gout symptoms by regularly resting the affected joint and keeping it cool. You can apply an ice pack or a bag of frozen peas wrapped in a towel, and keep it on the affected joint for up to 20 minutes at a time.

It also helps to drink a lot of water (unless advised not to by your GP) and to keep bedclothes off the affected joint at night. Avoid knocking or putting pressure on affected joints as much as possible.

In terms of other potential non-medicinal treatments for gout, some reports have suggested that coffee, vitamin C and cherries are capable of lowering your uric acid levels and therefore the frequency and severity of gout attacks. There is, however, a lack of scientific research to back up these claims so do not rely on these things too much to help with your gout. 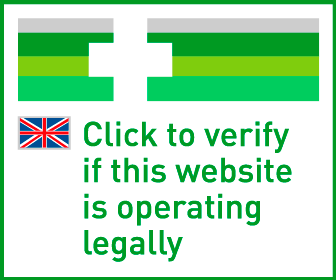