Suffering from migraines is a very common illness which affects a huge amount of people. Migraine attacks differ from normal headaches because they are far more painful and they also include side-effects of nausea, dizziness, and over sensitivity to light, smell, and sounds. Each sufferer experiences migraines differently, and although some may only get attacks a few times in their whole life, some have migraine attacks so badly and so frequently that they are incapacitated for most days of the month. You should try and keep a diary of what you're doing before you have a migraine attack and if you can identify particular trigger, you may be able to avoid them in future.

There are several types of migraine treatment which you can take as you feel an attack is about begin. Most attacks are preceded by a phase either a few days or a few hours beforehand where you experience irritability slight illness and a changing mood. This is the best time to take your migraine medication, as it will begin to take effect shortly after and save you the majority of the pain a migraine causes. This medication is available as tablets which you can buy online. 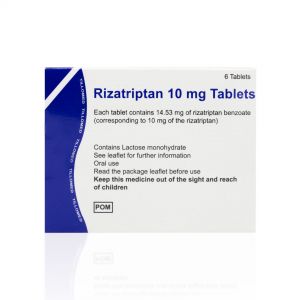 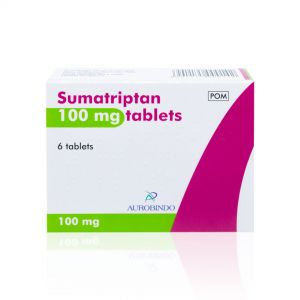 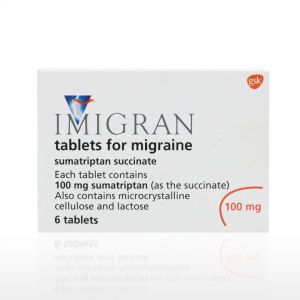 "Suffering from migraines is a very common illness, and differs from normal headaches in its severity and frequency. Very bad migraine attacks can leave you incapacitated, and wanting to lie in a dark room until it passes. Migraines have been around for hundreds of years and there is record of the ancient Greeks trying to solve the pain by drilling holes in the side of the head. Thankfully, nowadays there is medication you can take to relieve the pain of migraines. There are two main groups of medicine used to treat brains: beta-blockers and triptans."

What is a migraine?

A migraine is a type of severe headache, usually characterised by a throbbing on one side of the head. They can be excruciatingly painful and leave you wanting to do nothing but lay in a dark room until the pain passes, and usually last from 4 to 72 hours. Migraines are a common, ongoing condition that are different from a normal headache and include other symptoms alongside the pain. These symptoms include:

How is a migraine different from a normal headache?

Although some types of headaches can be very intense and very painful, they are rarely as unbearable as even the mildest of migraines. Headaches tend to be caused by stress, anxiety or as a side effect of other medicines. They are intermittent and although you may get them repeatedly for your whole life, they are not an illness, more of a discomfort. The symptoms and stages of migraines are unique to migraines alone.

What is a migraine with aura?

There are two main types of migraine: with or without aura. Migraine without aura is the more common of these two, but around one third of sufferers experience visual and sensational problems before or during their migraine. These may include:

Occasionally, people who usually experience a migraine with an aura can get the aura without a migraine. You should not drive or operate machinery if you think you are experiencing an aura, especially if it is affecting your vision.

Who do migraines affect?

Although anyone can suffer from migraines, certain groups of people are at higher risk, and you don’t generally get them as a one off. Migraines are a long lasting condition, and if you’ve experienced one attack you’ll probably experience more. If you experience them very regularly (for example they affect you for more than a few days a month), you should speak to your doctor about medication to treat the problem as it can have a big impact on your life and work.

You are more likely to suffer from migraines if one of your close relatives does too, as there is believed to be a genetic factor involved in what causes them. They usually begin in adolescence, and tend to affect more women than men. However, in women, they usually stop or lessen during the second and third trimesters of pregnancy, and after the menopause. When children suffer from migraines, they are usually shorter and the pain may only last for less than an hour.

How often do migraines occur?

The frequency and severity of migraines can vary widely from person to person. Some people have them fairly infrequently and they pass in a matter of hours, whereas for some people they leave the sufferer bed bound for several days. Some sufferers only get a few in a lifetime, whilst some get a few in a week, but the average affected individual gets around one a month.

Between migraine attacks, you will usually be totally free of any symptoms, and the illness that is at one moment crippling you can appear to leave no trace once it has cleared up. Adults tend to find that they get less severe with age, but this isn’t always the case and they can be extremely painful and distressing nonetheless.

What are the stages of a migraine?

There are typically four stages to a migraine, but not everyone experiences all of them. These are:

This phase can occur anytime from a few days to a few hours before the aura phase begins, and is characterised by changes in mood, appetite, or bodily functions. Symptoms are wide ranging and vary from person to person, but can include:

Although not everyone experiences migraines with an aura, those who do usually experience it for anywhere between 5 and 60 minutes and is a certain sign that an attack is about to begin. If you are taking medication to prevent migraines, this is when you should take it to ease the pain of the attack.

This stage, understandably, is where things get bad. It is generally accompanied by nausea, vomiting, sensitivity to light and sound, and is only made worse with movement. It is usually felt on one side of the head, but occasionally on both sides or across the forehead, although not usually at the back of the head. The pain tends to come on gradually but at it’s full strength can be severe, if not unbearable.

In the postdrome phase after an attack, you may feel totally euphoric and relieved, or depressed and ill. This varies person to person, and can even vary attack to attack. For a few days after the attack, you may feel like you can’t think clearly, and have a sort of bleary hangover type ache in the part of your brain where you felt the attack. This should settle after a few days, but recovery can vary person to person.

How can migraines affect your life?

Migraines are far worse than your normal headaches, and unlike them, cannot be cured after twenty minutes with a glass of water and two paracetamol. They can leave you bed bound for hours or days, sometimes on a very frequent basis, which can impact your ability to work or hold down a job. When you suffer from an aura, or even just from the intense pain alone, you shouldn’t drive, which can limit your ability to go places if you experience migraines frequently.

You should not try to diagnose a migraine yourself, even if you have all the symptoms. The symptoms of a migraine can be very similar to those of a stroke, and especially if someone does not have a history of migraines, you should contact a doctor to be on the safe side. The signs of a stroke are:

The symptoms of a stroke are also the symptoms of a mini-stroke, medically known as a TIA (transient ischaemic attack). Although this is not as serious as a stroke and will probably pass within a few minutes to a few hours, you should still see a doctor as soon as possible as it could be indicative of a problem with blood supply to the brain. This puts you at the increased risk of suffering a full stroke.

No one is certain of any hard and fast rules which definitely cause migraines, although there are factors which may make you more likely to have one, including being female or having a relative who suffers from migraines. Some women report getting more or worse migraines at the point in their menstrual cycle when their oestrogen levels drop. This is not thought to be due to low levels of oestrogen, but the sudden change. It is for this reason that women who have experienced bad migraines whilst not on the pill may not be allowed to take the combined (progestogen and oestrogen) contraceptive pill, as this can exacerbate the drop and potentially make migraines worse. Instead, they will be prescribed the POP (progestogen only pill).

If you suffer from migraines, you may want to keep a diary of what has happened, where you’ve been and what you’ve eaten in the hours or day preceding the attack. This may help to to identify triggers. Triggers may include, but are not limited to:

Migraines have been causing people problems for hundreds of years, and there are even records back to the Ancient Greeks of people having holes drilled in their heads to try and relieve evil spirits. However, there is not a whole lot of research into how to treat migraines, as for a long time doctors dismissed it as a psychosomatic disorder exacerbated by people who couldn’t manage stress well.

One of the best things you can do to prevent migraines is learning to understand your triggers, which vary from person to person. You can better understand what triggers your migraines by keeping a diary of the events of the hours leading up to one beginning, but this may not work for everyone.

Doctors will often be unwilling to prescribe painkillers as they are not as effective on migraines as they are on traditional headaches. The amount of painkillers you would need to take, and the frequency with which you would take them, could lead to liver damage, or tolerance or dependence on the medication.

At >Doctor-4-U, you can buy two kinds of medications to help manage migraines. The first of these is Propranolol, a type of beta blocker. This slows the heartbeat down and reduces the intensity with which your heart beats. This means that less blood is being sent to the brain, and eases the strain on the brain’s blood vessels, which can ease the pain.

You can also buy various type of medicines known as triptans, which belong to a family of drugs called selective serotonin receptor agonists. These work by boosting the amount of serotonin, a naturally occurring hormone, in the brain, and so reducing inflammation and restricting blood vessels to ease the pain of the migraine. You should speak with your doctor to check that migraines are the source of your pain, and they will advise you which medication will be most beneficial for you. If one of the options does not work, they may choose another for you.