Osteoporosis is the name of a health condition which makes bones weaker than normal, meaning they are more vulnerable to suffer fractures following a fall or sudden impact. This condition affects millions of people in the UK but it can be treated effectively with certain medicines and possibly also with supplements that contain vitamin D and calcium. Osteoporosis can affect anyone, but it is more likely to affect women after the menopause, the elderly and people with certain other health conditions. A test for bone density usually takes place to confirm if you have osteoporosis. If you become vulnerable to osteoporosis, following a lifestyle which encourages healthier bones makes you less likely to feel the impact of the condition. 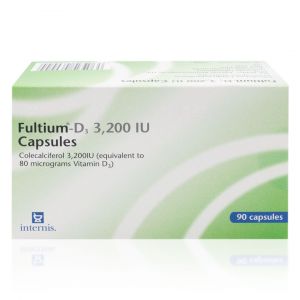 "Osteoporosis is a serious condition which makes bones so brittle that even a fall or mild stresses can be enough to cause a fracture. It’s a condition which can limit mobility and cause a lot of pain, and it can affect men and women of all ages and races - although older, post-menopause women are notably at higher risk. There are medications available which can help people who experience osteoporosis, but it’s also important to have good nutrition and regular exercise to keep your bones healthy throughout life."

Osteoporosis is a condition which causes bones to weaken, making them more fragile and more likely to break. It is something which slowly develops over several years and is often diagnosed after a fall or sudden impact causes a bone to break/fracture.

Bones weakening is a normal part of ageing, but people with osteoporosis lose bone strength much faster than normal. Such people face a greater risk of experiencing fractures and problems with their posture and movement in the long-term future.

Your bones are living, active tissue which is constantly renewing itself. New bone is constantly made to replace old bone which gets broken down. When you are young, you make new bone faster than your old bone gets broken down and your bone mass increases (influencing the density and strength of your bone). After your early twenties, the process of new bone replacing old bone slows and people tend to reach their peak bone mass by the age of 30. As you continue to age, bone mass is gradually lost faster than it is created.

There is a natural decline in the density and strength of your bones, but people who suffer osteoporosis suffer a stronger than normal decline in this regard. The bones of such individuals are weaker and more likely to break compared to other people who are of the same age.

Osteoporosis can affect anyone but certain groups of people are more vulnerable to developing this condition. Inevitably, the elderly are more likely to experience osteoporosis, but there are other unchangeable factors which put certain groups at increased risk. For instance, your hormones influence how your bones develop and get renewed. Women lose bone rapidly in the first few years after the menopause. Women are more likely to develop osteoporosis than men, especially if they have the menopause early (before the age of 45) or they’ve had their ovaries removed.

The peak bone mass you will build up is partially based on inheritance and your ethnic group. People who have a parent or sibling with osteoporosis are at more risk of developing the condition themselves. People of white and Asian descent are also statistically more likely to develop the problem compared to people of other ethnic groups.

There are other factors which can increase your risk of experiencing osteoporosis, some of which are based on lifestyle decisions. These additional factors include the following:

Osteoporosis pain and other symptoms

There are typically zero symptoms in the early stages of bone loss, but once your bones have been weakened by osteoporosis, you are more likely to fracture them. The most common injuries in people with osteoporosis include a broken wrist, broken hip and broken spinal bones (vertebrae). Breaks can occur with other bones, including ones in the arms, the pelvis, the spine and the ribs. In some cases, a sneeze or cough could be all that’s needed to break a rib or cause the partial collapse of one of the bones in the spine.

Breaking a bone is a painful experience and it causes prolonged discomfort unless it recovers or can be treated effectively. Osteoporosis itself is not normally painful unless a fracture occurs. Besides any potential fractures, there are other signs and symptoms you can pick up on which indicate having osteoporosis, including having a stooped posture and a loss of height over time.

To treat osteoporosis requires treating fractures if they occur, taking steps to prevent fractures from happening and using certain medicines to strengthen bones. It should be pointed out that diagnosing osteoporosis to begin with is usually done with a bone density scan, which can be arranged if you show symptoms or are considered at risk of developing osteoporosis.

The treatment deemed most suitable for you will depend on numerous factors such as your age, gender, your previous injury history and how high the risk of you breaking bones is. It may not be necessary or desired to take medicines to treat your condition. However, making sure you get a good amount of calcium and vitamin D will likely be important. Your diet can be managed to boost your intake of both of these things, but you can also consider supplements which contain calcium and vitamin D if other methods prove difficult.

Medicines which can be used specifically to treat osteoporosis include bisphosphonates, which can be taken as a tablet or injection. There is also raloxifene, a type of selective oestrogen receptor modulator (SERM) which works similarly to the hormone oestrogen. Other treatments that can possibly help include parathyroid hormone, hormone replacement therapy (HRT) medicines and testosterone treatments.