There are two main categories of travel illness: motion sickness and traveller's diarrhoea. The first of these is caused by too many signal being sent to the brain and then not making sense together. This triggers a vomiting response. You can get medication which shuts down this response to calm your motion sickness, which may otherwise make travelling long distances very difficult for you. Motion sickness is most common among children, but most grow out of that. In adults it is more common among women.

When you are travelling abroad you will be exposed to new kinds of bacteria in your food and water. These may even be bacteria that perfectly harmless to the people in the area, but because it is a change what you're used to may cause an upset tummy for you. This can lead to diarrhoea and illness, which while not usually life-threatening, can ruin your holiday especially if it means you need to come home. However there are travel sickness tablets and motion sickness pills which you can buy online to manage these problems. Travel sickness tablets contain antibiotics which fight bacteria in your stomach. 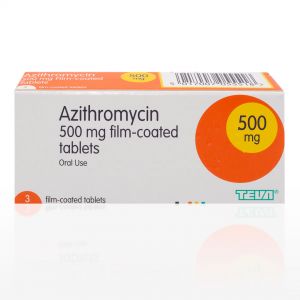 "Whilst on holiday is one of the worst times to get ill. Although neither motion sickness nor travel illnesses are usually fatal, they can disrupt your holiday and in certain circumstances leave you bedbound for a day or so. To manage these problems you can buy medication beforehand, which is especially useful if you are travelling to somewhere where immediate medical access is not available. You can buy motion sickness tablets which calm the signals in your brain, and you can buy anti-diarrhoea tablets which fight the bacteria in your stomach."

There are two main ways you can get ill whilst you’re on holiday: feeling ill whilst you’re getting to your destination because you experience travel physical, or getting ill whilst you’re there because of unusual and new bacteria in the food and water. The latter of these is the more serious as it can have long lasting impacts, whereas motion sickness tends to stop shortly after getting off the transport and stopping moving, once your brain has chance to settle itself. However, that doesn’t make it any less of a frustrating illness. From Doctor-4-U, you can buy medications to help you manage the problems of travel illnesses.

What is motion sickness?

Motion sickness is different from anxiety or feel related to traveling, although the symptoms may be somewhat similar. Where motion sickness is caused by too many mismatched signals in the brain, travel related anxiety usually has a psychological or emotional cause. Many people are afraid of common things to do with traveling, such as height, water or motorways. These can be made worse due to the fact that if you have a fear of flying or boats, it would usually take a long time to get over as most people don’t tend to take aeroplanes or boats more than a few times a year. Some people have travel related fears they never get over, but can learn to manage.

To help you pinpoint the reason you’re feeling ill whilst traveling, below are the main symptoms of motion sickness:

Motion sickness is caused by the signals being sent to your brain getting mixed up. When you are traveling, your body will be experiencing all kinds of movements and shaking, particularly if you’re driving over an uneven road surface, you’re on a boat in choppy waters, or the plane you’re in is experiencing turbulence. This sends one set of messages to the brain (i.e. that you are moving and being somewhat thrown around) but your eyes will be picking up different signals, from either the inside of the plane, boat or car: that you’re not really moving that much. When your inner ear and your eyes are picking up different signals, your brain gets confused and doesn’t know which to interpret. This confusion can lead to nausea and feeling generally ill.

How can it impact your life?

Motion sickness is generally not too difficult to manage, and there are a variety of ways you can work to control it yourself. If you have a child suffering from motion sickness, or several children who do, it can make family holidays a bit of a nuisance, and you might want to try using a medicine to calm their nausea down. However, there are a variety of techniques you can use before medication.

Not everyone finds these natural remedies to be effective, and if you have a child or children who are feeling ill, they might not be able to concentrate and follow this advice. In these instances, medication may help you out.

From Doctor-4-U, you can buy medicine to help ease motion sickness. Cyclizine is a type of anti-histamine which is designed to relieve nausea, vomiting, dizziness and vertigo. It works by blocking certain receptors in the area of the brain which controls vomiting and nausea. You should take one dose an hour or two before traveling, and another after a further eight hours if necessary.

When you are on holiday away from home, you are exposed to new foods and bacteria which can make you unwell. These don’t even necessarily need to be foods and bacteria that are dangerous to the locals and would cause food poisoning the way badly prepared food in the UK does. Some people have gentler stomachs than others, and when you experience new food or water, may be more prone to get ill quickly. You don’t necessarily need to be traveling far away from home for this to happen, bacteria in perfectly healthy water are different all across Europe. The most common way in which people get ill from new bacteria is diarrhoea, although the stomach pain beforehand is often known as “traveler’s tummy”. It is often nothing to worry about and will clear up in a few days, but if it gets severe (passing more than six stools a day, vomiting, nausea, blood in the stools or illness to the extent where it causes incapacitation) you should seek medical attention immediately.

Although diarrhoea alone is not generally dangerous, it can make you very dehydrated which can, if it is very severe, put your life at risk. You should do your best to stay hydrated, more so than your body might tell you it needs to be, and drink water and very diluted fruit juices to keep you going. Severe diarrhoea can make you weak and exhausted and not want to drink water, or not feel like you should drink water. If possible, stay with someone at all times so they can ensure you’re drinking enough and they can be there if you get so weak you can’t move, or you pass out.

You should always try to ensure the food and drink you are consuming is properly and safely prepared and that you never drink unclean water. However, this is not a fool proof prevention method as local sanitation requirement may not meet the ones you are used you, and bacteria that are perfectly harmless to locals may be dangerous to you. You should be especially careful if you suffer from an illness such as IBS (irritable bowel syndrome) and traveler’s diarrhoea may cause a relapse. The last thing anyone wants is to get ill on holiday, especially if it means you might have to cut your trip short and head home.

If you think you are likely to suffer from traveler’s diarrhoea whilst on holiday (for example, you have IBS or you know you have a history of getting ill whilst in new countries), you may want to consider taking some kind of medication with you, as well as taking all the relevant preventative measures to look after yourself. You should also consider taking some kind of medication if you know you’re going to be in an area that is far from medical help, or where you think you might have difficulty communicating the problem. From Doctor-4-U, you can buy Azithroycin and Ciprofloxacin, two kinds of antibiotics which fight the bacteria which cause diarrhoea. Your doctor will be able to better advise on which will be more suitable for you as they each come with their own complications and health precautions.

You should avoid over use of antibiotics and only take the medication if you really believe it to be necessary. This is because it can lead to long term resistance from bacteria, which in later years may become impossible to treat. As modern medicine develops, so do the bacteria we are trying to fight, and overuse can prompt these bacteria to change and grow into something that cannot be treated. It may seem like a small decision, to take an antibiotic tablet or not, but in the long run all these decisions add up and can affect our ability to fight illnesses.