Anxiety is the mental health condition which can affect your ability to live life as normal, due to worrying about all kinds of problems. The issues which affect you will define the type of anxiety you have. Situational anxiety is where your anxiety is triggered by specific situations. These can be short-term situations such as walking through a busy crowd, or being in a packed lift, or major life situations, such as getting married or moving house. The difference between anxiety as normal fears, is that anxiety creates a reaction which is grossly disproportionate to the threat. Symptoms include sweating, nausea, rapid breathing, confusion, dizziness, and the inability to continue the task at hand.

You can buy anxiety medication to help control your mental health. Social anxiety tablets, such as beta-blockers, can help you to overcome your fears and anxiety and live life as normal. Is going to a doctor and picking up a prescription in person may make your anxiety worse, you can order your medication online. However, you should make sure that the medication you are taking is appropriate to you, and that you do not have any underlying health conditions which will affect its function. 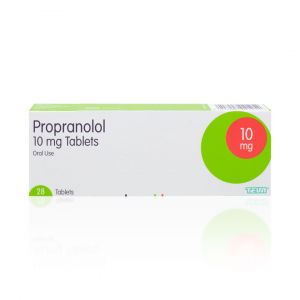 "Anxiety is a very common mental health condition which can affect your ability to live life as normal. If left untreated it can leave you housebound, unable to hold down a job, and can damage your relationships. If you have certain triggers for your anxiety, you may live a life which means you have to avoid them constantly. However, medication such as beta-blockers can help you overcome this problem. You should speak to your doctor about taking medication to calm your anxiety, as it may clash with other medication you're taking or not be suitable for you."

What amount of anxiety is normal?

To a certain extent, panic is a natural phenomenon. It has developed from the natural “fight or flight” instinct we all have ingrained in us, which is medically known as an acute stress response. The fight or flight response is triggered when the body and mind are alerted to a potential threat, which in the days when we were cavemen this response was actually useful, and would have been triggered when something like a predator was looking like it was going to attack us. Below are some of the symptoms of the fight or flight response, and why they are useful:

In the context of the age old fight or flight instinct, these responses make sense. However the problem nowadays is that we are rarely under this kind of strain. If you were in a situation such as a house fire or a natural disaster, this heightened strength, ability to flee and focussed awareness might allow you to escape marginally quicker, but the chances of this happening are pretty low. Instead, in modern environments, this reaction is unleashed in situations where it isn’t really necessary, and certainly isn’t crucial to our survival. It’s because of this chain reaction (brain identifies fear > chemicals are released > body goes into fight or flight mode) that we get so panicked before going into scary situations such as going on roller coasters, into job interviews, or on first dates.

If you suffer from anxiety, it is likely that you experience this feeling over all kinds of issues, most of which the general population would not find particularly scary, or even think twice about doing. These can include situations such as going to the corner shop to buy milk or walking through a town centre.

There are several different types of anxiety which have their own uniquenesses:

There are two other illness that were once classified as anxiety disorders and are now not, or are only classified in some manuals. These are OCD and PTSD. The first of these, obsessive compulsive disorder, is an illness which causes the sufferer to have certain obsessions or compulsions which they cannot control, and if they are deviated from, will cause intense anxiety. The second of these, post traumatic stress disorder, is caused by exposure to an extreme and traumatic situation, such as combat, rape, or even an extreme car crash. Flashbacks, anxiety hypervigilance are all symptoms of PTSD.

What’s the difference between Generalised Anxiety Disorder and Situational Anxiety?

Situational anxiety is not classified as an illness in itself, but it has specific features that the wider condition, generalised anxiety disorder, does not have. The most important thing to remember about situational anxiety is in the name: it is panic based upon a specific situation. General anxiety disorder can interrupt all aspects of life, from impairing your ability to make phone calls, to worrying endlessly that all your friends and family hate you, to paranoia that consumes your life and impairs your ability to function as most people do. On the other hand, situational anxiety is only caused by specific situations. These can be small things such as standing in tightly packed spaces, or huge life events such as moving house or getting married.

What’s the difference between Situational Anxiety and normal nerves?

The key difference between situational anxiety and your normal amount of nerves is the trigger of it, and the proportion of it. A lot of people would feel a bit uncomfortable in a tightly packed lift and probably want to get out as soon as they reasonably could, but few would find it so horrendous that it would cause them to feel ill, start shaking and sweating and loose their concentration. Likewise, most people feel nerves on their wedding day, but (unless you are not sure you’re getting married to the right person) most don’t find it panic inducing to the extent where it is debilitating. The main thing to remember about anxiety is that the fear is grossly disproportionate to the threat.

What are the symptoms of anxiety?

The situations of anxiety vary person to person and can depend of the severity of the attack. They can include, but are not limited to:

There are many different factors which can cause anxiety. These include:

You should speak to your doctor if your anxiety has an effect on your life which limits your ability to live life fully, for example you find yourself constantly on edge as a precaution, even when not in a situation that gives you anxiety, or you find yourself significantly altering how you live your life to avoid your situational triggers, or it begins to affect your work and relationships. When you speak to your doctor about the problems you are facing, they will be able to help you manage your anxiety. Although, especially for people with situational anxiety, making an appointment to speak to your doctor about something so personal may feel like the most difficult thing in the world, but it is important to remember that they are there to help you, and will be very sympathetic and understating of your condition. You might find it beneficial to bring a friend along with you for moral and emotional support. There are various treatments for situational anxiety, some which may be more suitable for you than others:

From Doctor-4-U, you can buy a medication called Propranolol, a type of beta blocker, to help ease your anxiety. Beta blockers can be taken for all kinds of health issues, such as high blood pressure, migraines and angina. They work by slowly the heart beat down and making it beat with less force, so if you begin to panic, the symptoms will be slower and you will feel more relaxed. Not everyone can take Propranolol, though, for example if you already have low blood pressure, it could be very dangerous for you to lower it even further with this medication.

If you have situational anxiety, going to the doctor to get help make seem like one of the most difficult things in the world, but take someone with you and remember your doctor will be very understanding, and you’ll have begun the road to recovery.