Although it can be an embarrassing subject to talk about,thrush is a very common fungal infection that affects both men and women. Due to its nature, it can only be treated with antifungal medications. Thrush is rarely a cause for concern and in a cast majority of cases, it can be treated swiftly and easily. However, there may be some cases where the infection keeps coming back. In this instance, longer-term treatment is required in order to keep the fungus at bay.

The term “fungal infection” can be scary, but fungus lives in out bodies harmlessly most of the time. It’s only when the levels of certain species of it are elevated that we can suffer from thrush. It can be an uncomfortable condition, causing itchiness in many patients, but most people find that symptoms subside as quickly as they started once they’ve treated the condition. 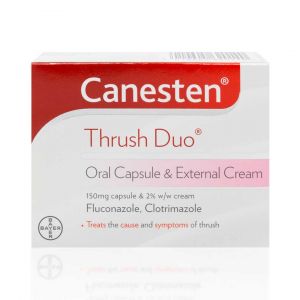 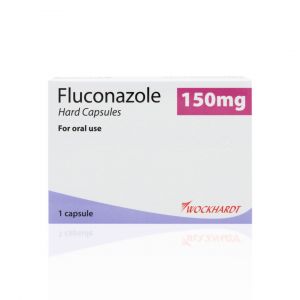 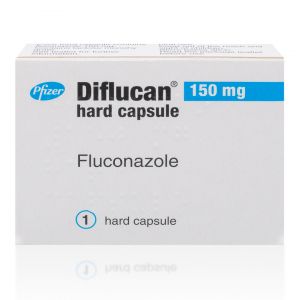 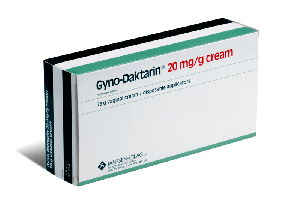 "Thrush is a frustrating health problem to deal with, but the good news is that it’s rarely serious. It’s far more common in females than in males, with most women experiencing it at some point in their lives. Effective antifungal medications are available that work either by killing the fungus causing the infection, or by preventing it from reproducing."

Thrush (or its medical name, Candidiasis), is a fungal infection caused by yeast that naturally lives in the body. Most of the time, this fungus is harmless, but when the amounts of candida albicans (a species of yeast) increase beyond normal levels, thrush can develop. Thrush can affect both sexes, though it tends to be far more common in females than it is in males, with most women experiencing symptoms of thrush at some point in their lives.

There are different types of thrush, not all of them affecting the genitals. For example, another common type of the infection happens in the mouth. Some types of medication such as Fluconazole capsules can be used to treat thrush in both the mouth and genitals.

Have I got thrush?

Because of the anatomical differences between men and women, the symptoms of thrush are different in both sexes. If you’re female and you have thrush, you may notice:

A vaginal yeast infection is a type of vaginitis, which is described as an inflammation of the vagina.

Though the infection is less common in men, the symptoms for male thrush are as follows:

Thrush is preventable to some degree by avoiding using perfumed soaps and deodorants on the genital area and by wearing loose fitting underwear, but taking this advice doesn’t necessarily mean you won’t develop the infection. Several groups of people are more prone to getting thrush, for example:

If you belong to any of these groups, it is important that you take extra care if you suspect you may have symptoms of thrush. Making sure your diet contains less sugar and avoiding stress are both positive changes to make to ease the symptoms.

Is Thrush an STI?

No, thrush isn’t classified as an STI, as you don’t have to have sex to be diagnosed with it. However, it can be passed on through sex if you or your partner currently have it. It is generally advised that you avoid sex until the infection has cleared up, as not only are you at risk of infection, but some medications such as internal creams like Gyno Daktarin can decrease the effectiveness of condoms and diaphragms.

As thrush is a fungal infection, the only medications able to effectively combat it are antifungals. The most common thrush treatments that are available to buy online are Fluconazole and Miconazole. These medicines work by either killing the fungal cells or by preventing them from reproducing and spreading. At Doctor4U, we have two of the best options available for thrush treatment.

We offer both branded and generic versions of this medication, which come in capsule form and are taken orally. In most cases, Fluconazole is a single-dose treatment, meaning that you only take one capsule and don’t have to continue the dose. However, in cases where the fungal infection keeps recurring, it can be prescribed by a GP for a longer period of time.

As this type of Fluconazole is taken orally, it can be used by both sexes as thrush treatment.

This medication has been developed to treat vaginal thrush and comes in the form of a cream. It is inserted into the vagina though disposable applicators (included) and taken for any amount of time between 7-14 days.

Still unsure whether you have thrush or not?

The symptoms of thrush are very similar to a condition called bacterial vaginosis, and many women can get the two mixed up. Whilst bacterial vaginosis is also an infection, it isn’t caused by fungus and won’t be treated with the same medications as thrush.

If you’re still not sure about what’s really going on down there, speak to your GP or call NHS 111 for advice.