It’s no secret that smoking causes a whole host of serious health problems, as well as the actual addiction itself. In fact, smoking is one of the leading causes of death in the country, responsible for around 78,000 deaths each year

Smoking can also harm those around you via the inhalation of secondary smoke, and it especially affects children and babies. On average, smoking can lower your life expectancy by around 10 years.

If you stop smoking, the health risks can be reversed over time, so it’s never too late to quit. Attitudes have changed massively since cigarettes were first introduced to the public. Whilst they were first seen as a symbol of glamour, appearing in Hollywood films and posters (think of the infamous Audrey Hepburn Breakfast at Tiffany’s promo), they’re now seen in a much more negative light thanks to the health risks being uncovered. 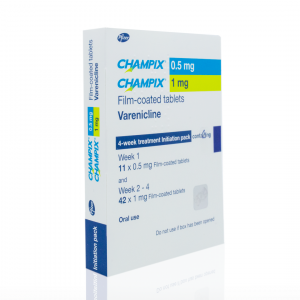 "Smoking is one of the leading causes of death in the UK, responsible for a vast majority of deaths from lung cancer and COPD. The serious health problems that smoking can bring can lower your life expectancy by around 10 years – something that nobody wants to hear. Luckily, there are several options available to help you stop smoking, including nicotine-based products and medications that can reduce withdrawal symptoms and cravings."

What health problems can smoking cause?

Some of the health problems in this list might be fairly obvious, but smoking affects so many different parts of your body that some of them may be a surprise. Here’s a non-extensive list of many of the conditions that smoking and increase the risk of:

Looking at the above list, it’s no wonder that smoking can (on average) take around 10 years off your life, as any combination of the above problems can cause serious concerns for your health.

It’s estimated that the UK has around 9.4 million adult smokers, and with an 18+ population of roughly 323,8444,60, this means that around 34 people in every million admit to smoking cigarettes.

In England alone, there are around 6.1 million smokers, though this figure has dropped by 1m since 2014, which is a great start to being a smoke-free country. However, the 9.4 million that still smoke across the UK aren’t only damaging themselves, but the people around them due to secondhand smoke.

Second hand smoke affects everyone you smoke around, especially children and babies. Whilst they may not be smoking the cigarettes themselves, the second-hand smoke can cause the same health issues for them as it does for you. In fact, if you smoke regularly around infants, they’re more likely to suffer from meningitis and even die of cot death.

Why am I addicted to smoking?

It isn’t actually smoking that you’re addicted to, it’s the nicotine in the cigarettes. This is why so many products to help you stop smoking contain nicotine.

You might think that this is a harmful way of quitting, but nicotine is actually a relatively harmless substance. Of course, it’s not ideal that your body craves it, but compared to other addictions such as alcohol or cocaine where the addictive substances are the harmful ones, nicotine is relatively safe to ingest.

The harm in smoking is caused by the smoke itself and the tar and carcinogens that it carries.

This is why many people have turned to e-cigarettes that still contain nicotine, as these only give off vapour. However, as it’s new technology, it can’t be determined whether vaping or using an electronic cigarette is completely safe, as not enough longitudinal evidence is available. Luckily, there are other options.

How to stop smoking

Various types of smoking cessation aids are available. As mentioned earlier, many of these contain nicotine, such as Nicorette QuickMist for example. Any medicine that contains nicotine will satisfy your cravings and slowly wean you off them, meaning that you’re still getting your nicotine fix without ingesting harmful substances that can put your health at serious risk.

Other options include Champix, which doesn’t contain any nicotine at all. This works by relieving your cravings and any withdrawal symptoms and removes the need for any nicotine-based products.

There are of course other ways of quitting, such as going “cold turkey” or finding a quitting buddy, but some people find they need the medicinal help in order to kick the habit for good.

Although medications can seem expensive, you’ll still be saving money long-term, as you won’t be buying heavily-taxed tobacco products, and you won’t be using smoking cessations for life. Some people may actually save upwards of £1,000 per year when they stop smoking.

What happens when I stop smoking?

Over time, your increased risk of the serious health problems mentioned earlier will diminish once you stop smoking. Within 48 hours, your sense of taste and smell will improve, and there’ll be no nicotine in your system. However, it can take up to 15 years for your risk of heart attack to return to the level of a non-smoker.

You might also find that quitting smoking reduces your belly fat and risk of diabetes, as well as increasing your blood flow to a normal level which should make wounds heal faster.

Quitting will also prevent your skin from ageing any further due to lack of oxygen. Whilst some people might not bother too much about the appearance of their skin, others might suffer from low-self-esteem due to smoker’s skin, so quitting might even improve mental health and confidence levels.

When you first quit, you might notice that you actually start coughing more than when you were smoking. This isn’t normally anything to worry about, as it’s often a sign that the cilia are growing back. Cilia are often damaged by smoking, so when they start to grow back, it can feel like your chest is irritated. However, this is often a good sign (as long as it isn’t prolonged for more than 3-4 weeks), as the reproduction of cilia means that it will be easier to fight off colds and infection, lowering your risk of pneumonia and bronchitis.